Alban Aubert joins the TSG Bike Apparel team. Find out more about what he has been up to and and what his plans for the future are.

Alban Aubert is special type of mountainbiker, using his two wheels to break world records, explore territories where other tires fear to tread, and in a former life coached the Swiss downhill bike team to heady heights. 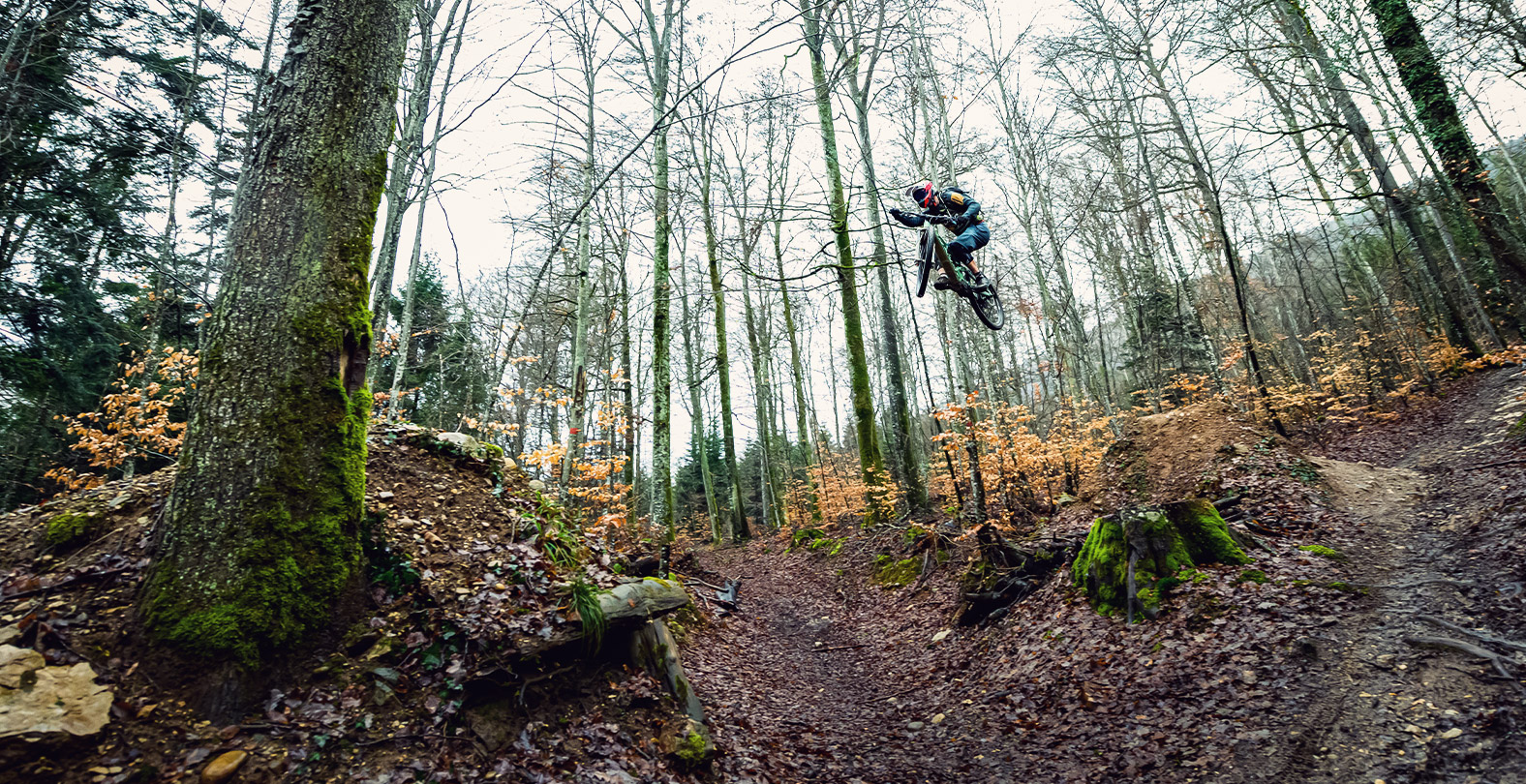 Lockdown may have clipped his wondering wings for a year but he’s still been stretching his legs in new adventures closer to home.

To find out more about what he’s been up to, his plans for the future and to quiz him about joining the TSG Apparel team we virtually put him under the spotlight for a Q&A.

First off Alban, you must be stoked to have signed up to the TSG Apparel squad?

It’s motivating to work with TSG

I think you’re right, and especially for three reasons: It’s interesting to be involved in the development of products for a Swiss company; Ruedi (the boss) is a really passionate person and that means a lot for me. And lastly, TSG is the fastest sponsor I have to produce prototypes. It’s motivating to work like that. 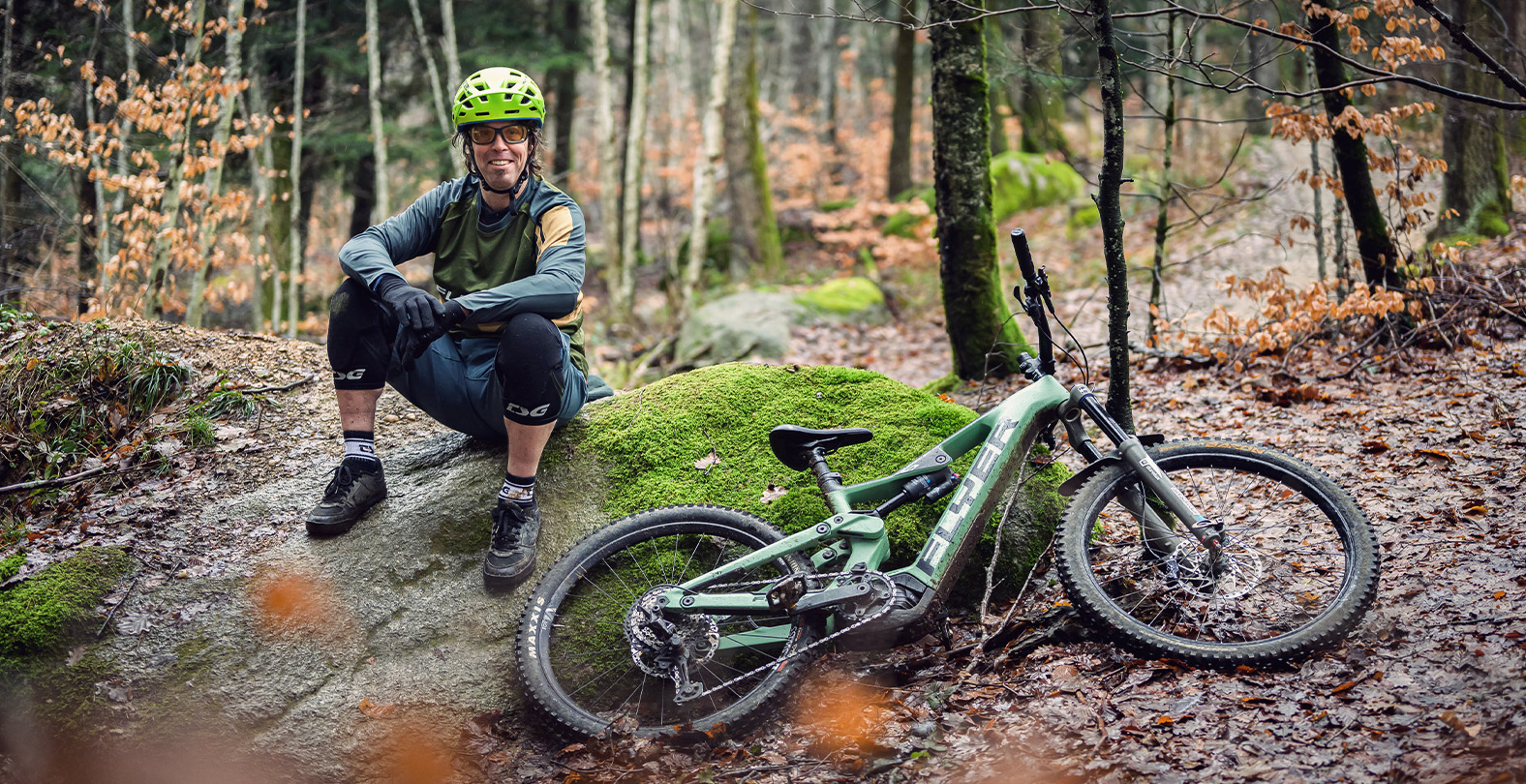 Can you tell us a little more about the bike apparel you are working on with TSG for S22? Apparently, its inspiration is your style of adventure and travel.

Yes, I’m involved a lot with the creation on the line-up for S22. From the type of product that TSG needs, to the colours and also the choice of fabrics. The goal is to have something very technical but very stylish, ideal to wear when you’re biking and for lifestyle.

This summer Alban Aubert will ride with some of the following bike jerseys:

Sounds very cool. Now, even though lockdown has meant you have had to stay closer to home, you have still come up with some cool missions: The environmental hook to your 3 passes story is pretty cool; tell us a little more about that?

The idea was to ride some hiking passes in the Alps and be able to charge the battery of the ebike with green energy. I found the Kesch hut which is powered by all the green energies, of water, solar and wind. This adventure was also interesting because it shows the way to other people to do the same. After this project, the hut is investing in new solar panels to welcome other ebikers. But we need to wait until 2022 to see if it will be technically possible.

Alban on his three passes trip.

What do you think the future of ebikes is within the mountainbike enduro clan?

Ebike will be the future or already is. We need to work on the recycling part of the battery, which is still a problem. What amazed me with the ebike, and that we also saw on my three passes story last year, is that you can also have fun pedalling up. Before ebikes, the peddling up section was just something you needed to do to reach the downhill. With ebikes you can have fun on the way up and on the way down, and you can pedal up sections that are impossible with a normal bike.

Alban with his new e-mtb from his new sponsor Flyer.

Your second was Grimentz to St Moritz, staying over 1000m – did you solo that? And what sort of kit were you packing for that mission?

I did this project with my girlfriend, Julia. I love the feeling of being in nature with your bike and totally free and normal bikes, rather than ebikes, give you that freedom. Expect for the food – we bought food every 2 days – we were self-sufficient with our tent, sleeping bag, stove and all the rest of the material you need for such a trip. It was a 10 days trip in the Swiss Alps with 2 sections in Italy, with the goal was to stay above 1000 meters. And we did it except once.

Descent towards Septimerpass and sunrise near Grächen.

Looking back at your records and challenges is there one which stands out from the rest and why?

Probably the first one, the longest downhill ever – 5078 meters down the slopes of the volcano Chimborazo, in Ecuador. It’s interesting because it’s still the longest downhill ride in the world on singe trails and I learned a lot during this adventure. My biggest lesson was probably not to listen to all the people that tell you that your project is impossible.

At that time I was a Swiss guy living in Ecuador and a lot of locals told me that the downhill was not possible and that it could be dangerous. But I did a lot of scouting and searching on physical maps and I did it. Good preparation is the key for such projects and also in life in general, I think. 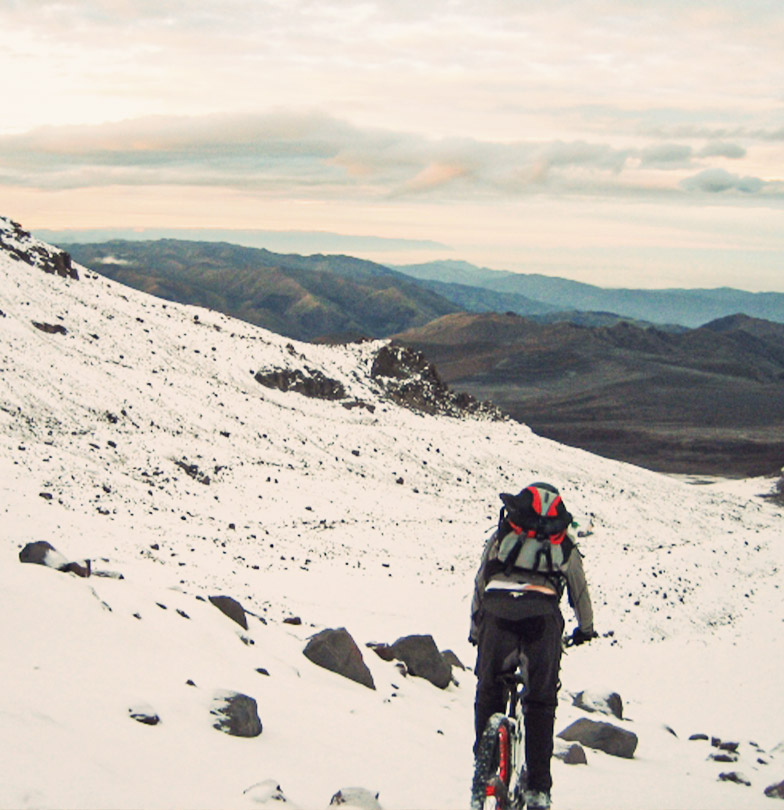 Alban in Ecuador on the world longest single trail downhill. He starts at 5150m. The 2nd photo was taken at 4200m with thew Chimborazo in the back. 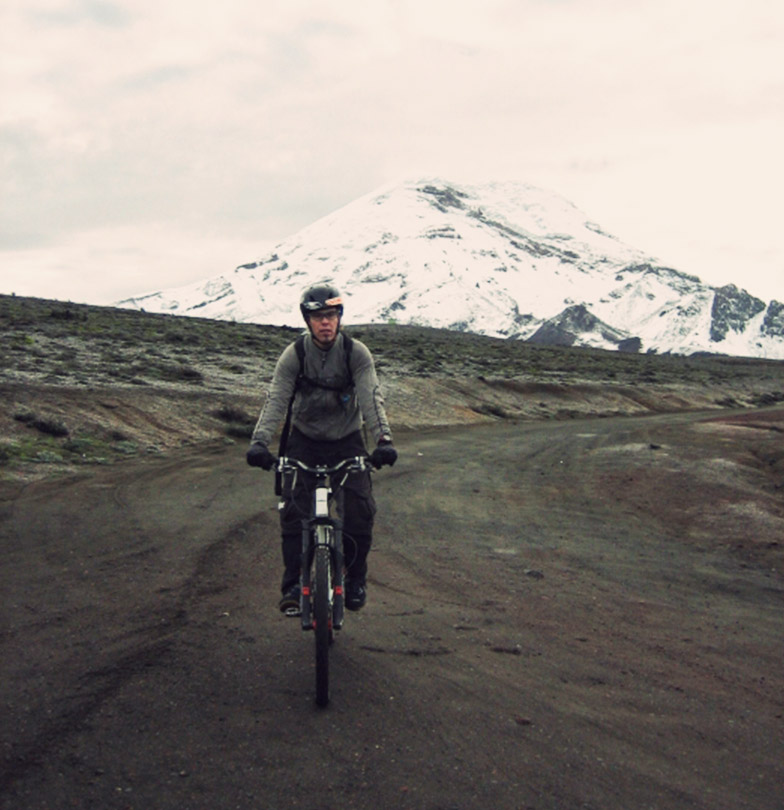 And looking-back, how did you make the leap from coach to adventurer? What facilitated this move?  ​

For me, I never did a leap from coach to adventurer. They are a little bit the same. I like to try and experiment with new things and not to do the same thing all the time. For example, when I was coaching the Swiss DH team, I was already travelling.

In 2004, Seb and I weren’t able to be at the DH Swiss Championship because we planned a trip to Whistler and nobody told us if it was a good or bad idea to cross the world to spend 2 weeks in the same place, riding the same bike park! It’s now clear you NEED to go to Whistler as a MTB rider. Even now I’m continuing to coach for some sponsors at camps, press camps and dealer events. I’m just more concentrated on adventures because I have more time.

So now you’re on the apparel team is there any bits of TSG kit that you won’t be leaving out of your pack on your next mission?

One product which is technical for riding and stylish for lifestyle is the TSG Insulation Jacket. I love it!

And where is that post lockdown trip going to take you?

Good question, and to be honest, I have no idea! I’m working on three projects: One in Africa, one in Asia, and the last one in the Swiss Alps. But when I look at the actual situation, the trip will probably take me in the Swiss Alps. 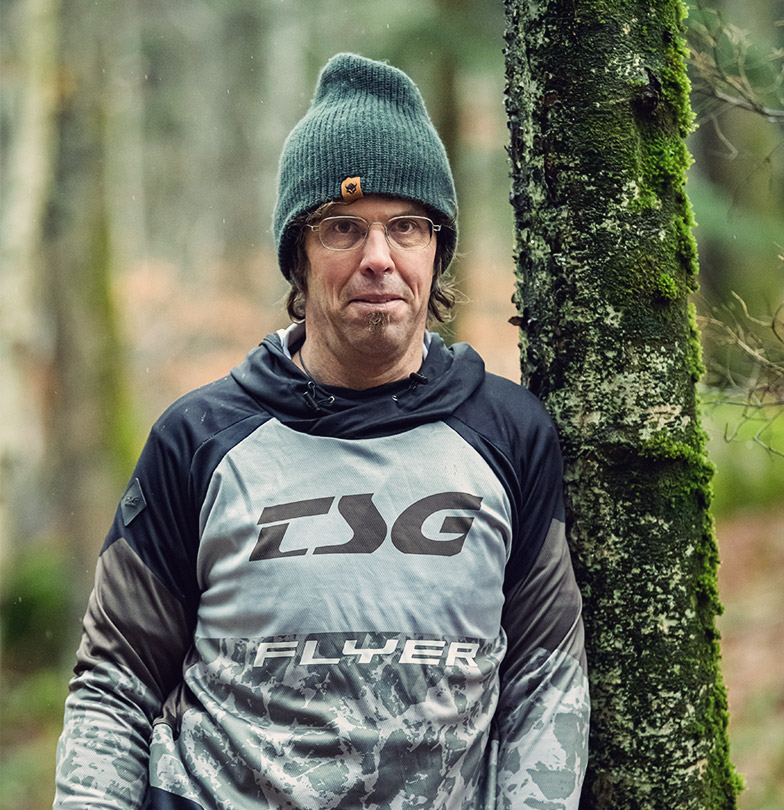 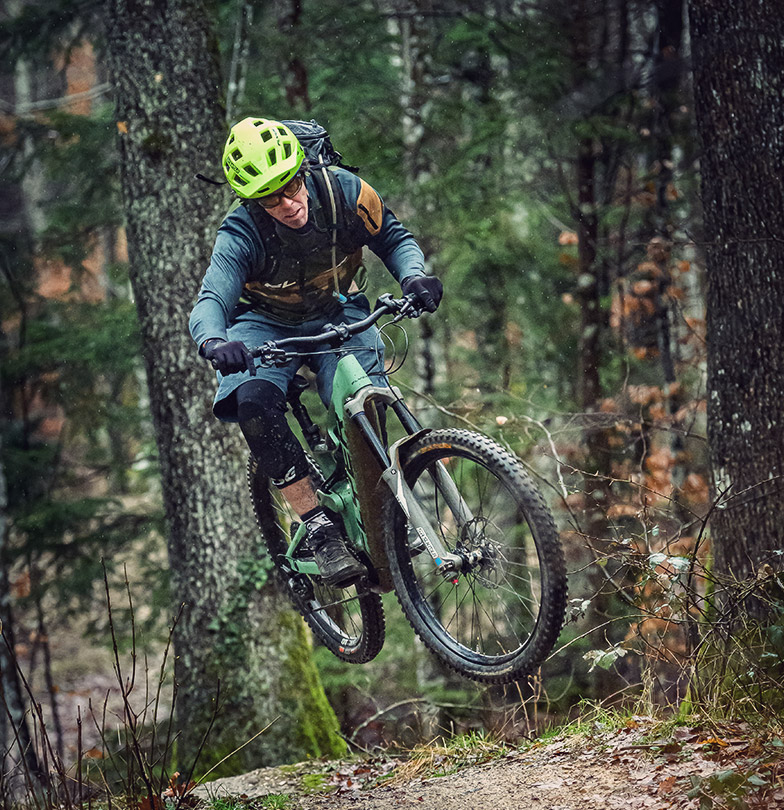 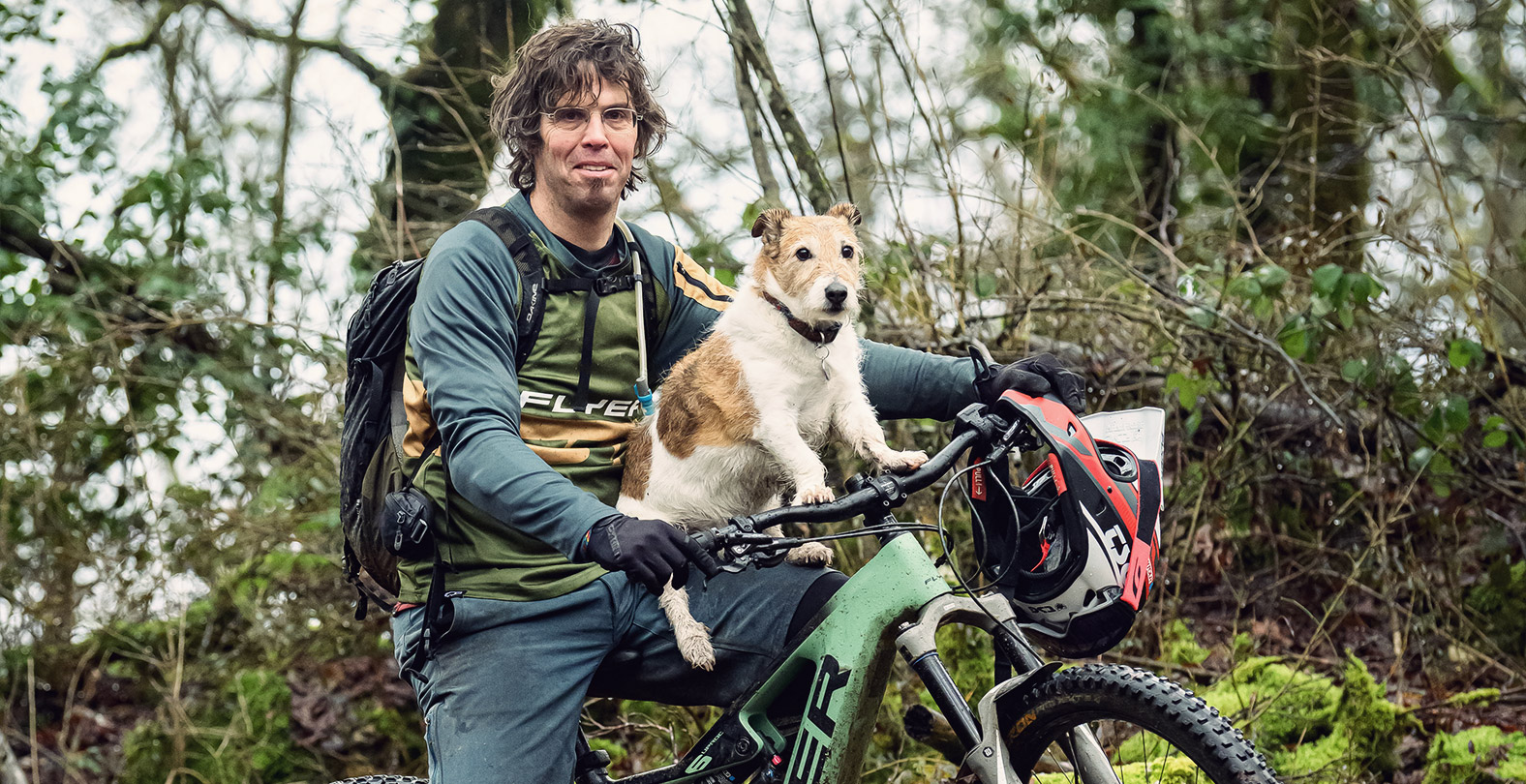 Whenever possible Alban’s dog Manchas joins him on his bike trips.