The halfpipe of Grindelwald-First was illuminated with impressive projections after dark while the two snowboarders Gian Simmen and Iouri Podladtchikov performed their spectacular tricks.

The two Olympic snowboard champions and TSG team riders Iouri Podladtchikov and Gian Simmen joined forces for an extraordinary project: The 100 metre long and 5.5 metre high halfpipe in Grindelwald-First was illuminated with impressive light projections while they performed their runs.

The halfpipe was illuminated with moving projections after dark. So Gian and Iouri could show an impressive spectacle in front of the majestic Eiger north face.

This was an extra challenge, because they not only had to concentrate on their run and the tricks, but also cope with the changing light conditions.

The result blurs the four elements and the line between dream and reality. 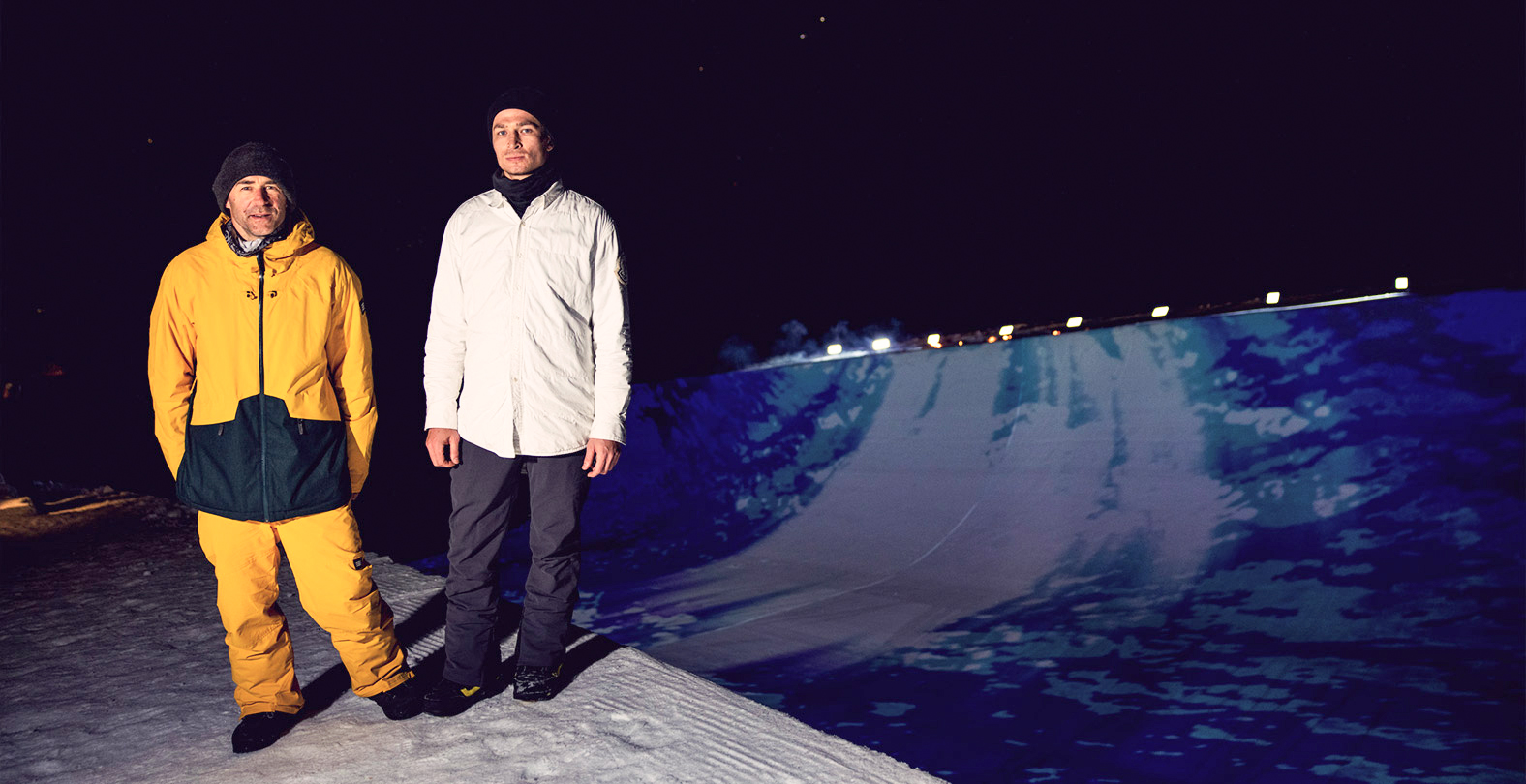 2 partners in crime when it comes to snowboarding and always up for sensational projects. 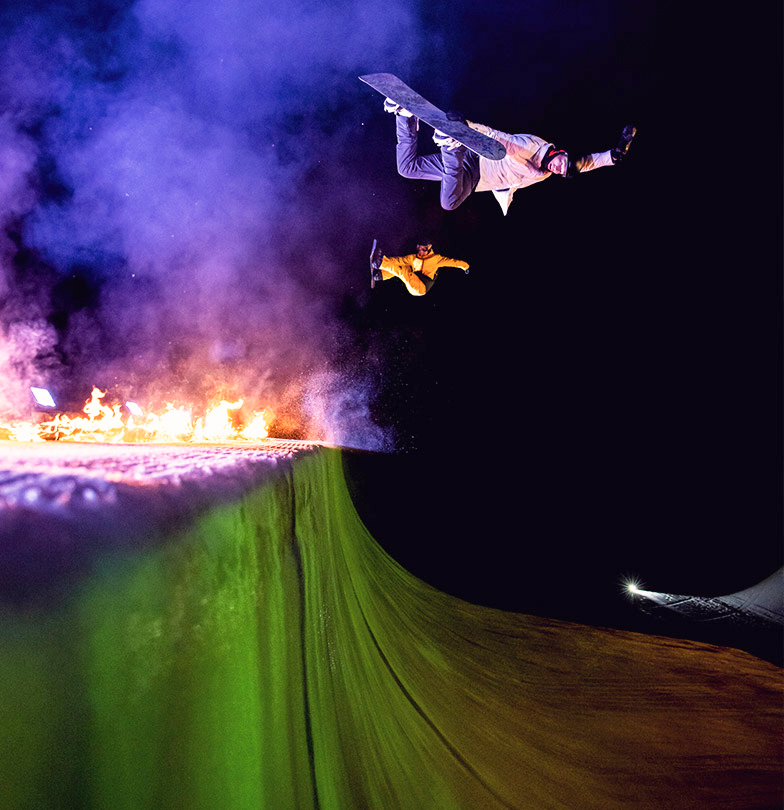 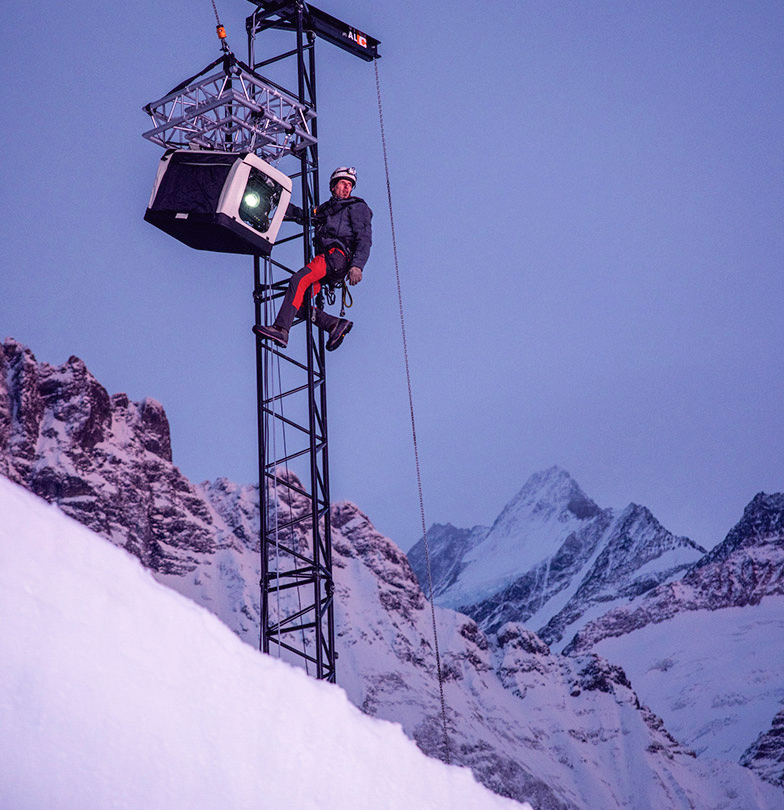 “The illumination of a halfpipe is an enormous challenge, as the moving projections are not projected onto a straight surface but into a curve,” says Jann Schoch, project manager at the Event- & Rental Service Kilchenmann AG. 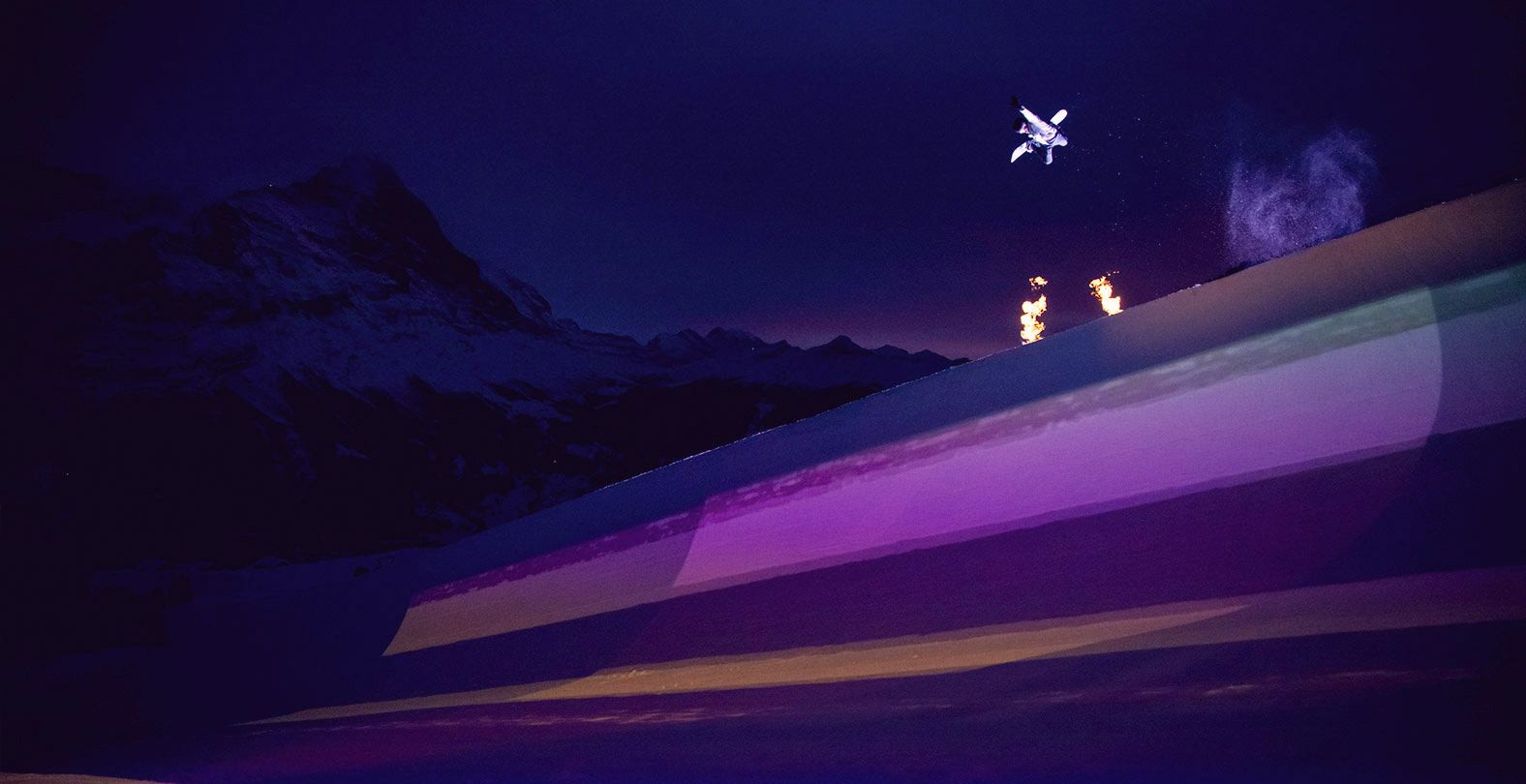 Iouri with a super high BS Air in a purple setting. 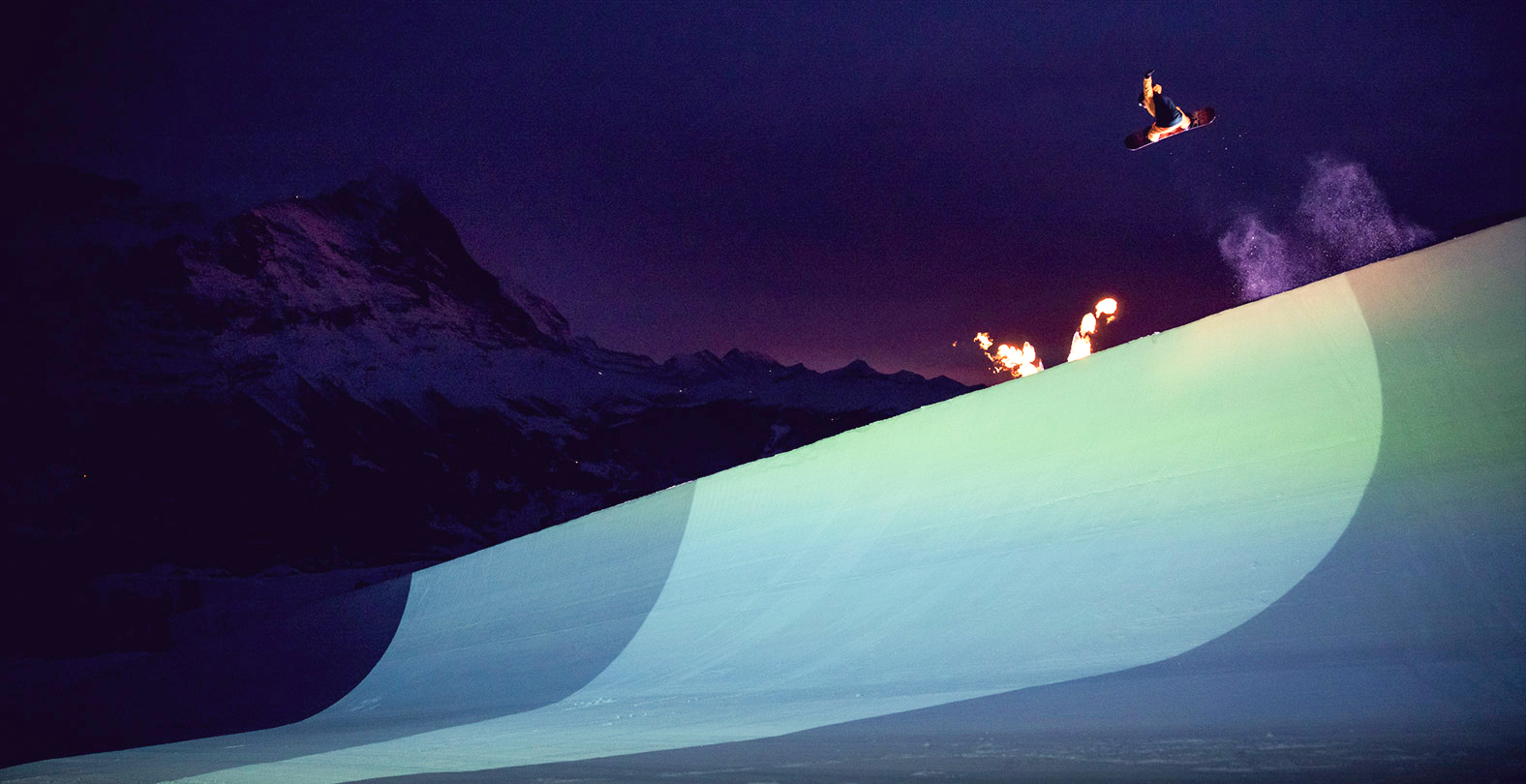 Gian followed up with a huge FS Air.

Iouri is surfing the wave with a BS Indy.

“A gigantic project!” says Gian Simmen happily. “And extremely tricky! You start in the dark, then you have to orientate yourself despite the projection, the headlights blind you from behind and right after you land in the dark again.”

It took an extremely long time from the idea to the realisation, because all conditions had to be perfect. They needed an empty moon, 2.5 tons of material had to be brought up the mountain, the weather had to play along and the pipe had to be perfect.

The result is just stunning! 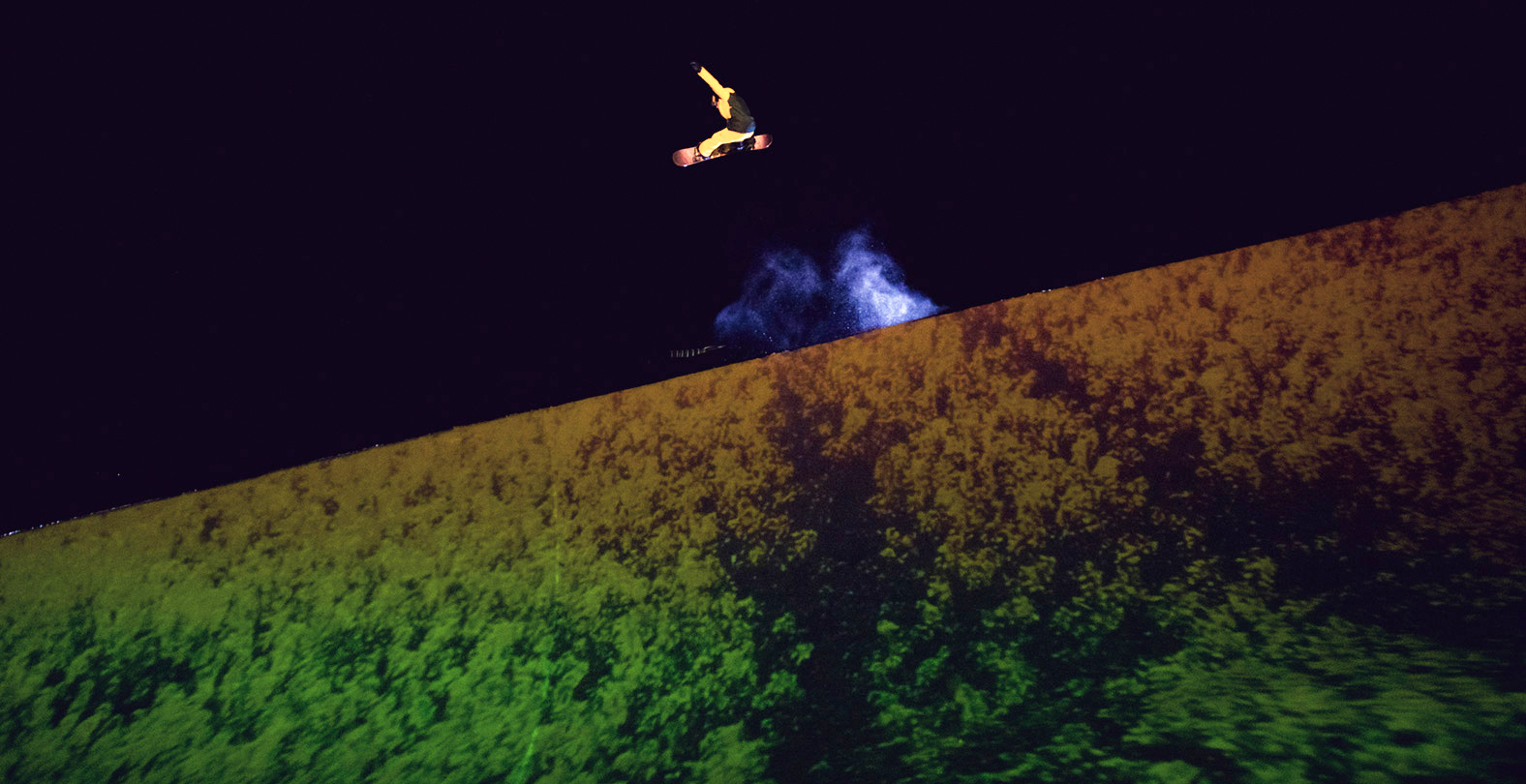 Gian with another FS Air above this magic wall. 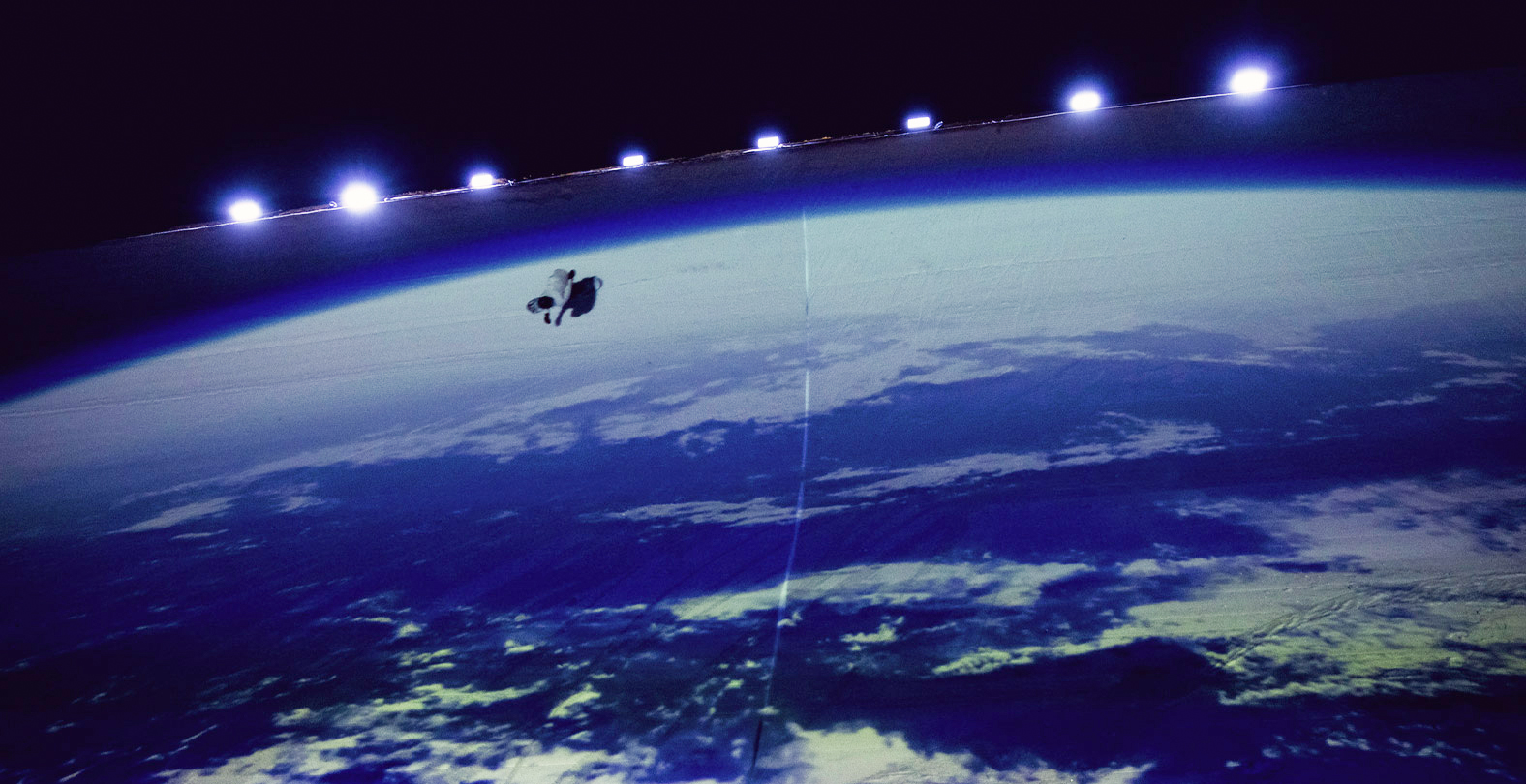