Get ready for winter and split

Splitboarding is the perfect solution to a socially distanced winter. So skin up, layers on, sticks out and go hike for some solitude and fresh lines.

TSG pro riders Gigi Ruef and Lea Jugovac have already been out splitboarding for early freshies and here share their wisdom on the best way to escape the lift lines and resort lockdowns. 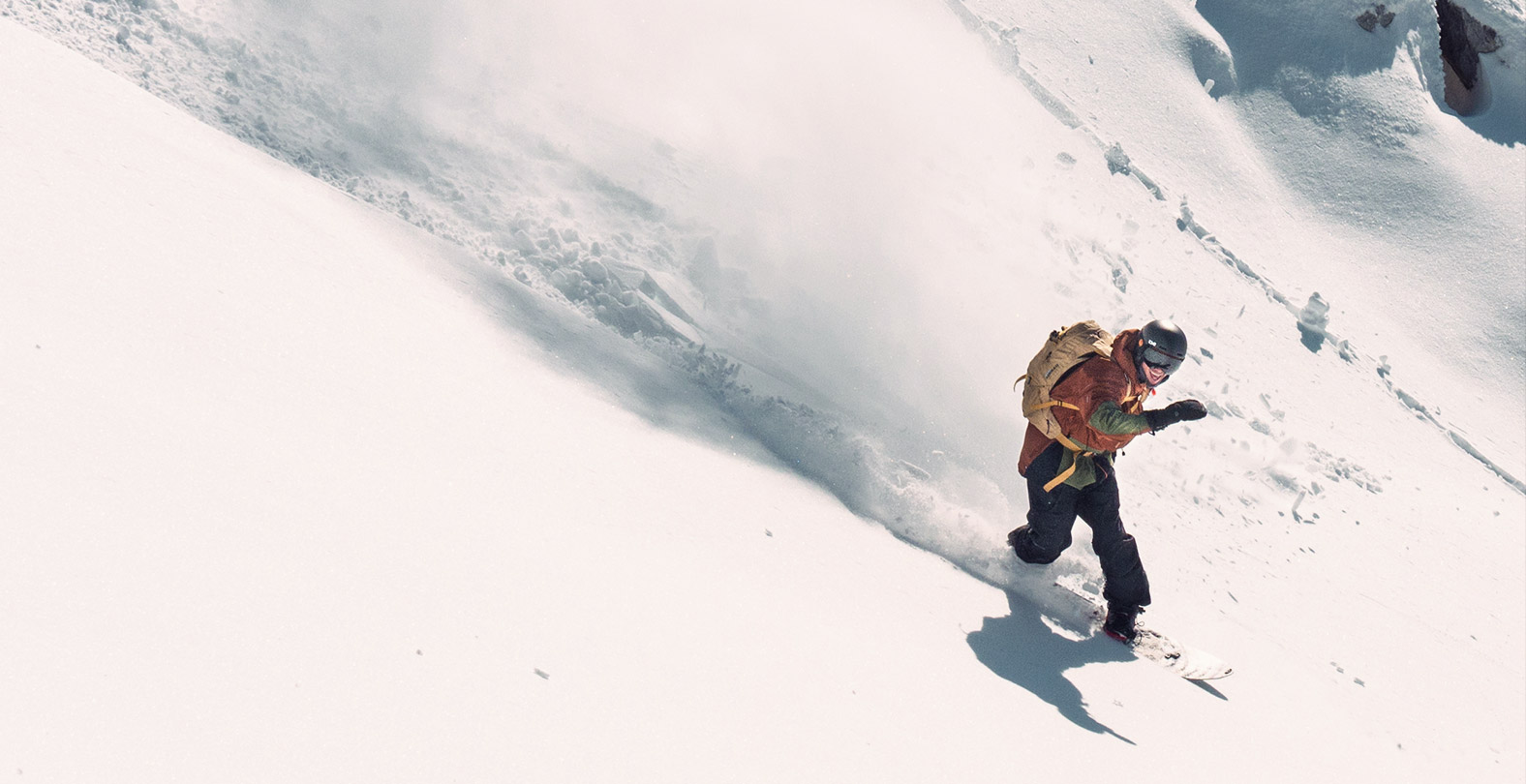 I. WHAT IS SPLITBOARDING?

Legend has it that in 1991 Brett “cowboy” Kobernik showed up at Voile with a prototype splitboard and ever since snowboarders have been sliding into the backcountry under their own steam in search of virgin snow. It has had some very famous proponents over the years, including the likes of Jeremy Jones and Travis Rice, but this year over all others it will come into its own.

splitboarding gets you places that lifts can’t.

“Splitboarding gives you opportunity to reach places on the mountain that are not on the usual slopes,” says Lea who is a recent convert to splitboarding. “You get time to enjoy every bit of nature while going up and the best of the snow on the way down.” 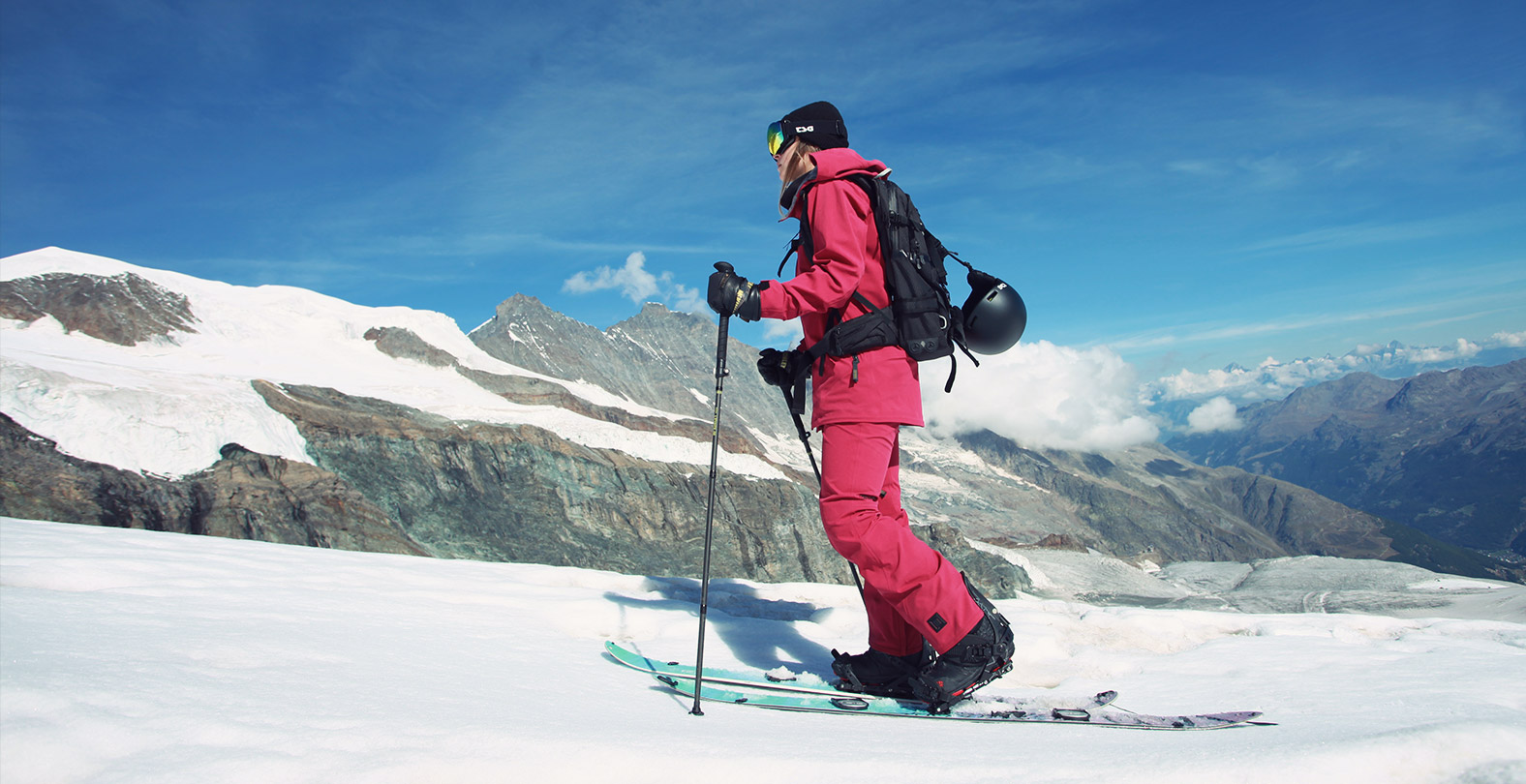 Lea enjoys the calm of a splitboarding tour.

A splitboard is a board that splits down the middle to make a pair of fat hiking skis. To ascend on these an adventurous rider sticks skins to the base, which have a similar makeup to sharkskin – smooth in one direction to slide forward and rough in the other for climbing traction.

Make sure that you don’t get your skins stuck together.

“Make sure you don’t get your skins stuck together though,” advises Gigi. “And always clean the snow off the base and skins before you stick them on.” Otherwise you’re likely to lose them on the way up. 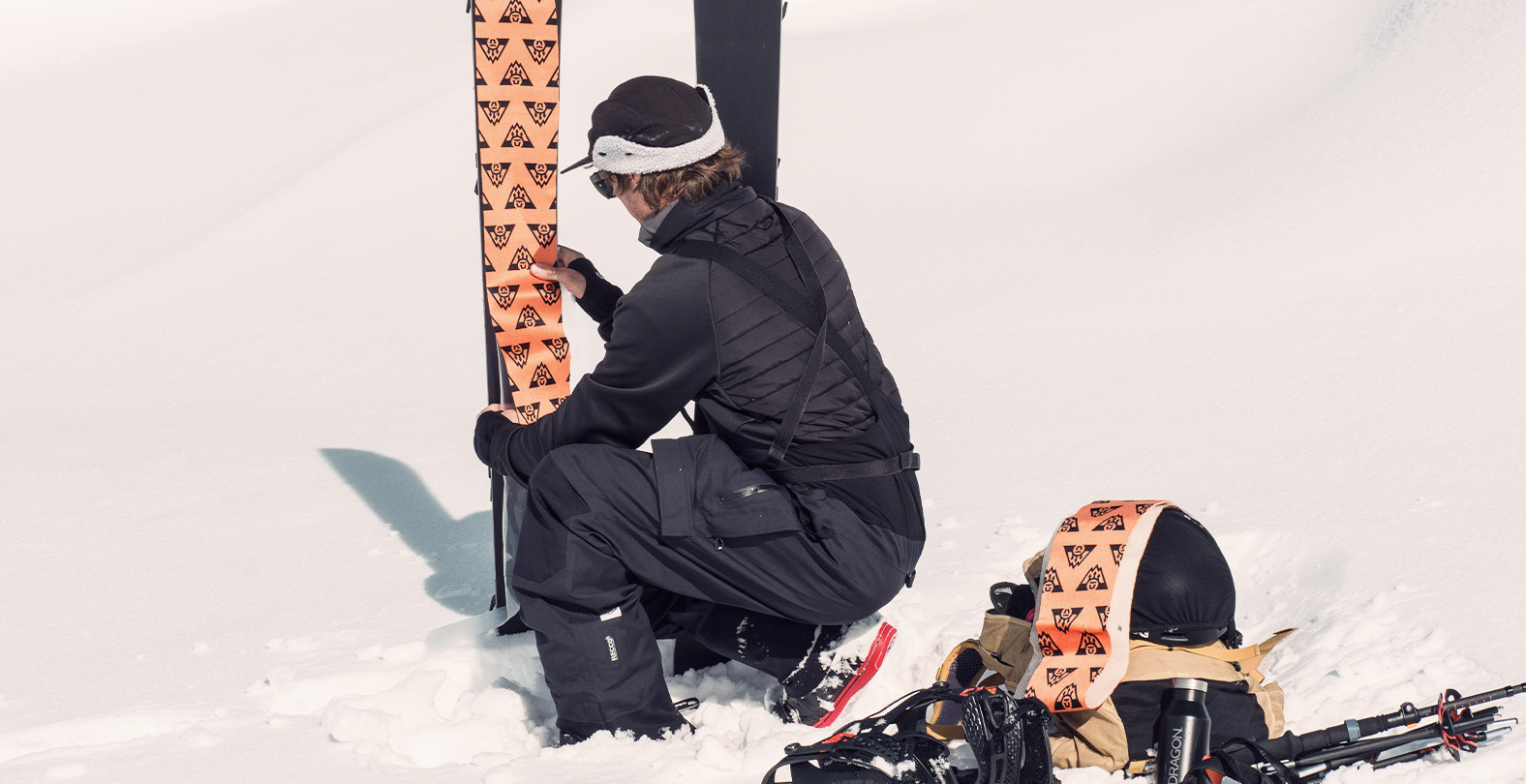 Gigi is putting on the skins on his splitboard.

Splitboard bindings are similar to regular bindings but act as a lock and stiffener when the board is assembled. In ski mode the bindings attach to each plank via a front pin that allows the foot to pivot for easy hiking. 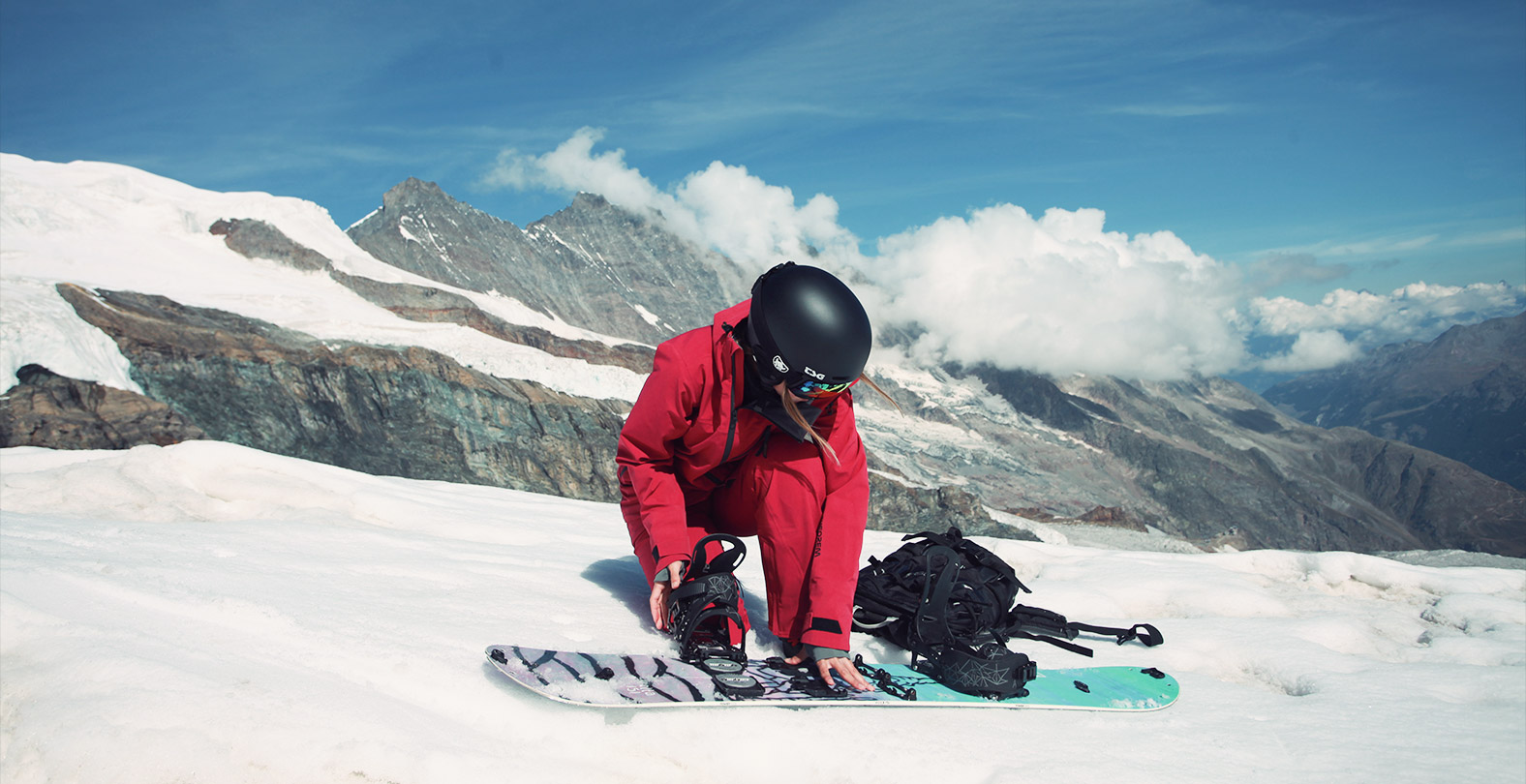 Lea Jugovac prepares for the ride down and puts the bindings on her splitboard.

II. Get Familiar with your Gear

Both Gigi and Lea stress that it is essential to grips with your gear before heading out on the hill: “It is easier to learn how to adjust your equipment in the warmth of your home,” says Lea, “but not so easy on the top of the mountain.”

Other bits of essential hardwear are collapsible poles, which can be stashed in a backpack on descents and all the regular snowboard gear that you would usually wear when winter riding. “Dress smart,” adds Lea. “It is best to dress in layers so you can regulate your temperature.” The layering system is comprised of a thermal base layer, windproof and warm second layer and a breathable and waterproof shell. 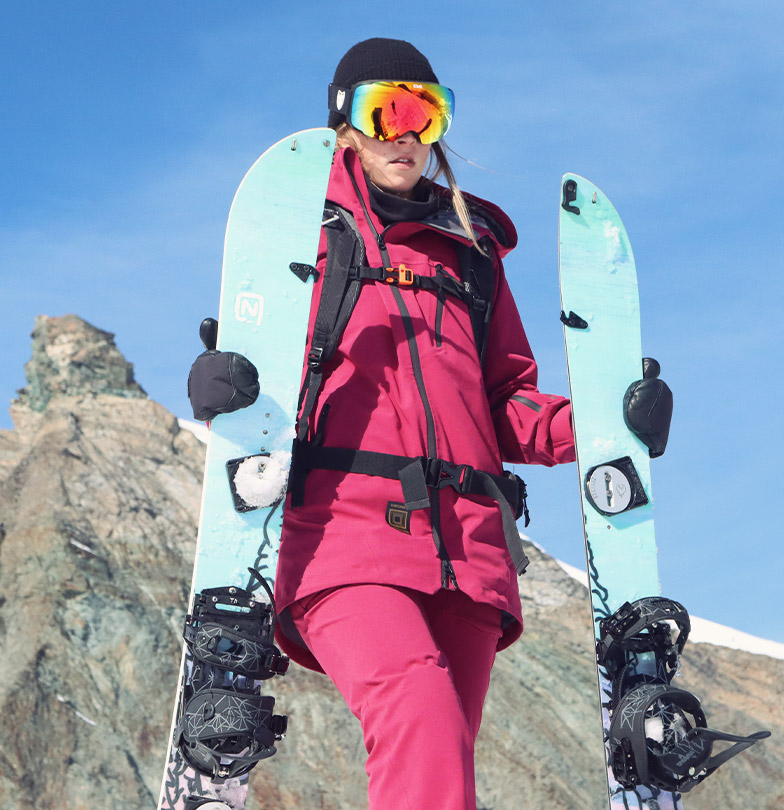 It is best to dress in layers so you can regulate your temperature. 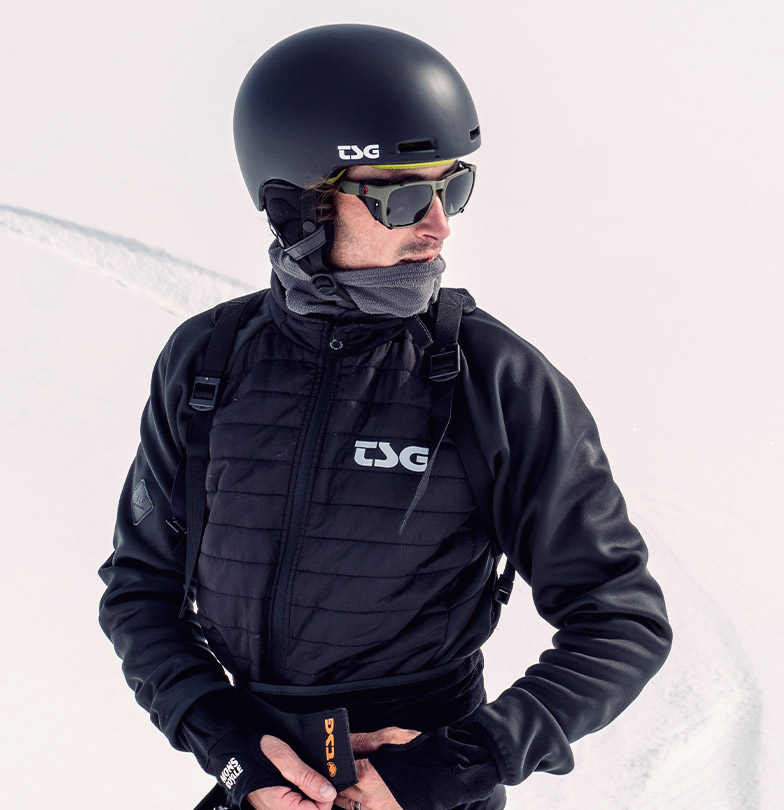 As you are heading out into the wilds it is imperative that you go with friends, carry avalanche gear, including peeps, poles and a shovel and know how to use them in an emergency. Lea also suggests packing “snacks, water and dry layers and gloves.”

Lea also never rides without her TSG Fly Helmet: “It is so light that you don’t even feel it in your backpack while skinning up,” she claims. It only weight 350g and with a solid outer shell provides ultimate protection. She also packs some extra lenses for her Goggle Four S so she’s prepared for any light conditions the mountain might throw at her – the magnetic lock system makes it easy to swop out lenses even in gloves.

In short splitboarding gets you places that lifts can’t. “It’s the perfect social distancing option,” Lea teases. If you want to get away from the crowds and find new lines with friends then splitboarding is the way to go. “Splitboarding is always a special experience,” chimes in Gigi who is an old hand at hiking and riding. “It’s all about slowing down, being self-sufficient, making your own plans, and getting some exercise and sneaky fresh tracks.” 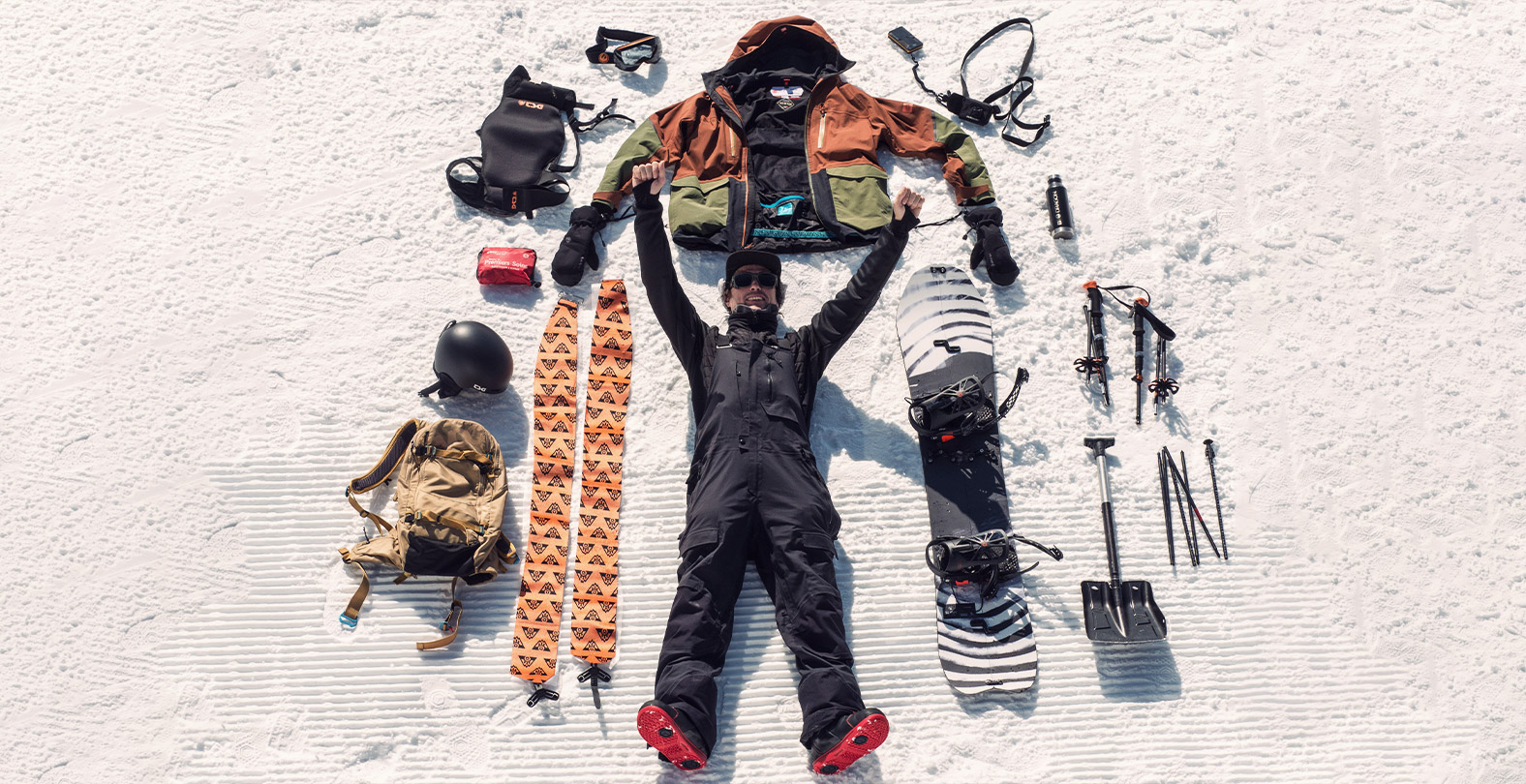 Gigi among all his gear.

Gigi rocks the TSG Insulation Jacket, a Back Protector, TSG Facemask and like Lea the super light Fly Helmet.

“Splitboarding is a really calming activity for me,” says Lea. “You appreciate riding more because you came up by foot and not with a chairlift and you can reach places that are otherwise not accessible. 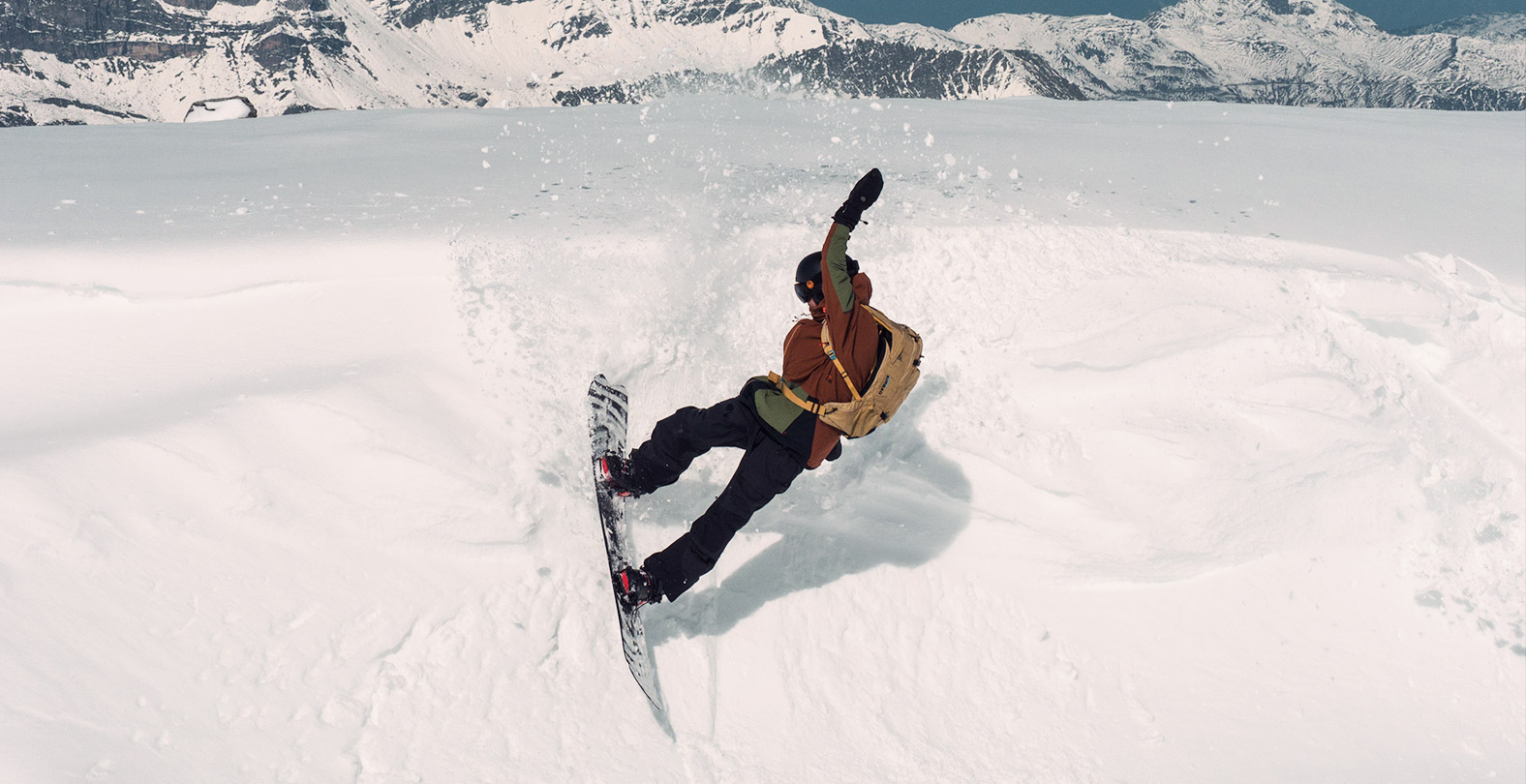 Slashing on some untouched terrain.

Make your break from the crowds this winter and go splitboarding. It is snowboarding as Brett “cowboy” Kobernik meant it to be!

Looking for a Splitboard?