The power of girls and women inspiring each other

Around the world and in many aspects of life, girls are second in line. That’s about to change. Skateistan aims to support girls to build a better future in which they can thrive. And TSG supports Skateistan! Want to become a supporter too?

Skateistan’s new campaign is called IT’S HER TURN. It focuses on girls’ empowerment and the importance of female role models for girls and young women. A host of prominent women skateboarders supports this campaign. They have contributed to the campaign’s short film (watch below) as well as donating photographs of female skaters to showcase the power of women supporting other women.

Half of Skateistan students are girls

Skateistan runs programs in its 5 locations around the world (Kabul, Mazar-e-Sharif and Bamyan in Afghanistan, Phnom Penh, Cambodia and Johannesburg, South Africa) and focuses on providing safe spaces for girls, who are often excluded from sports and educational activities. So around half of Skateistan students are girls and all Skate Schools have female General Managers. They provide role models for young girls who might otherwise be limited in their expectations. Because of Skateistan, the highest concentration of female skateboarders in the world can be found in northern Afghanistan. 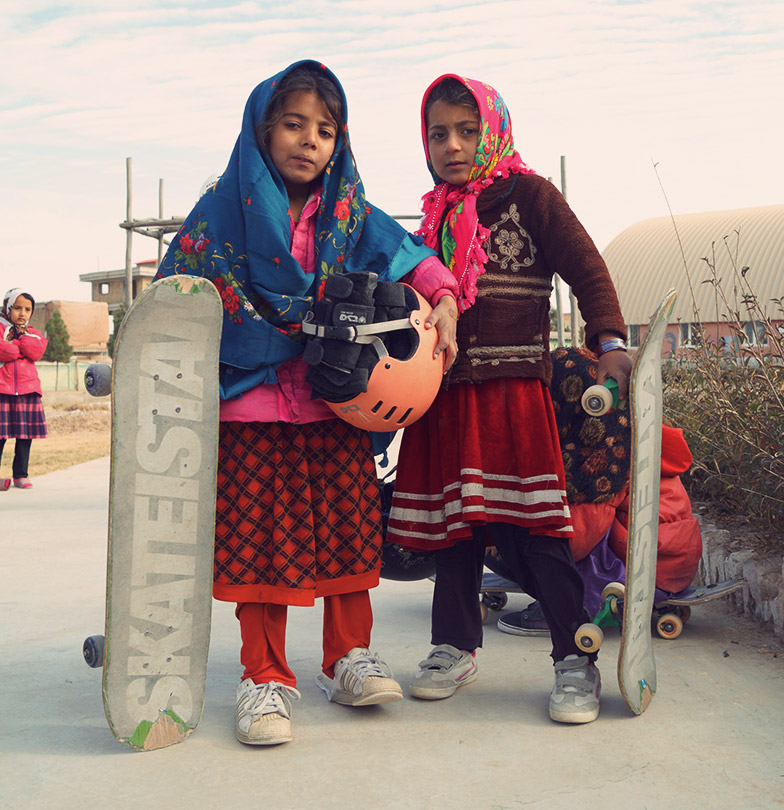 Girls in Mazar-e-Sharif and Bamyan in Afghanistan 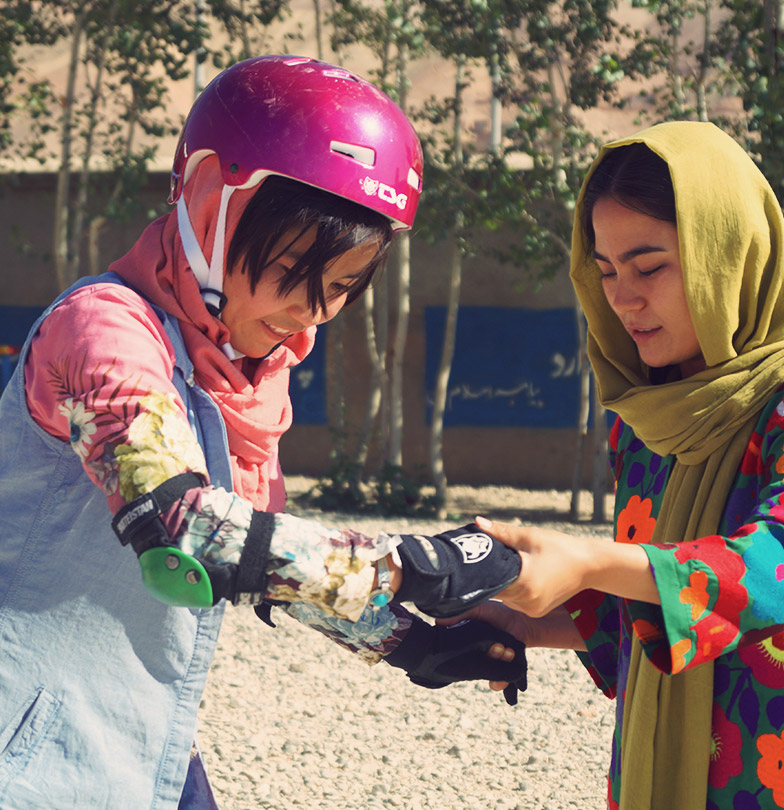 “All around the world, girls are restricted in many aspects of their lives. It’s often assumed that girls are less interested in sports. But this is often simply that they don’t realize their own potential because of lack of role models, encouragement or access to safe spaces. At Skateistan, we want to challenge that idea and show girls that they can be whatever they want to be.”, says Claire Dugan, Deputy Executive Director at Skateistan.

Therefore, Skateistan provides a safe environment where girls can skate, learn and express themselves. In addition, female leaders and educators can show girls that it’s possible to achieve their dreams.

It’s Her Turn aims to raise $75,000 and will run until the end of July. The campaign will benefit Skateistan students in Afghanistan, Cambodia and South Africa. Around the world, Skateistan has around 2,500 active students, half of whom are girls.

Donate to Skateistan today to give girls a space where they’re supported, encouraged and celebrated. And most importantly, to give them the tools to lead the next generation. 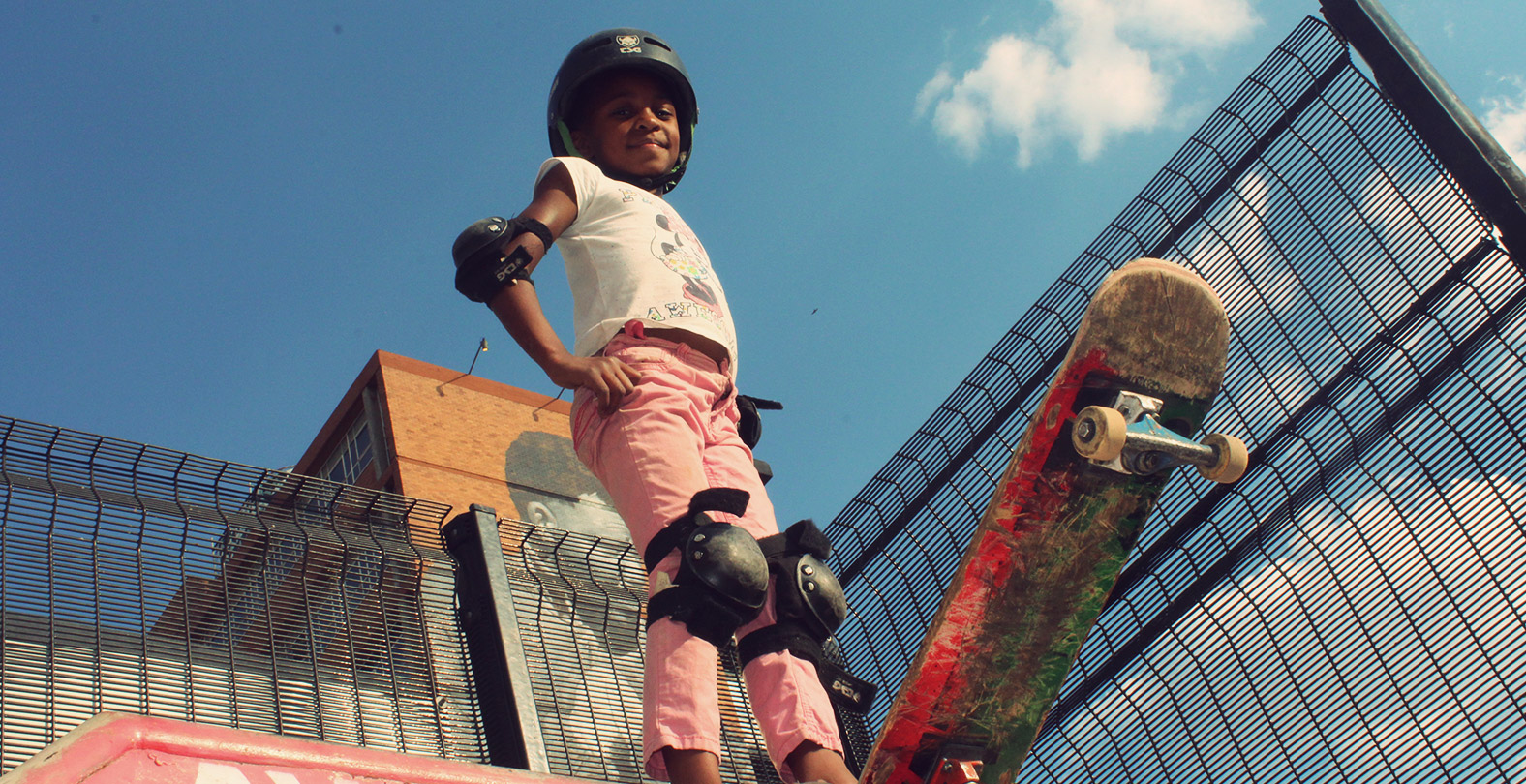 This girl in South Africa is about to drop in.

III. What your support can achieve

$5 can pay for the transport costs of a girl in Mazar-e Sharif to travel safely to and from the Skate School for two weeks.

$30 can provide a session of our peer mentorship program in South Africa, ‘This Girl Can’, where girls come together in a protected space to share support and guidance.

$50 can pay for the additional monthly phone costs for staff in Kabul to stay connected with our female students during Covid19 and ensure they can keep progressing from home.

$120 can pay for a young girl who has been displaced by conflict to attend three weeks of the Back-to-School program in Afghanistan, including transport, a healthy meal and learning supplies.

FIND OUT MORE OF WHAT TSG CARES ABOUT