Black Yeti announces the World Rookie Tour Skateboarding! Tour stops in Italy, France, South Tyrol, Switzerland and Portugal. We are on board!

Black Yeti reveals its first World Rookie Tour Skateboarding, which will kick off in Italy from the 18th to the 19th of June 2019. The Milano Rookie Fest is the first ever WRT skateboard event.

Now the time has come for skateboarding

The action will kick off in Milan at the 2019 Red Bull Skate Week. This is one of the best summer skate event in Italy with the world’s greatest skateboarders. The Black Yeti then travels to a selection of international events in France, South Tyrol and Switzerland and rounds it all up with tour finals in Lisboa, Portugal. 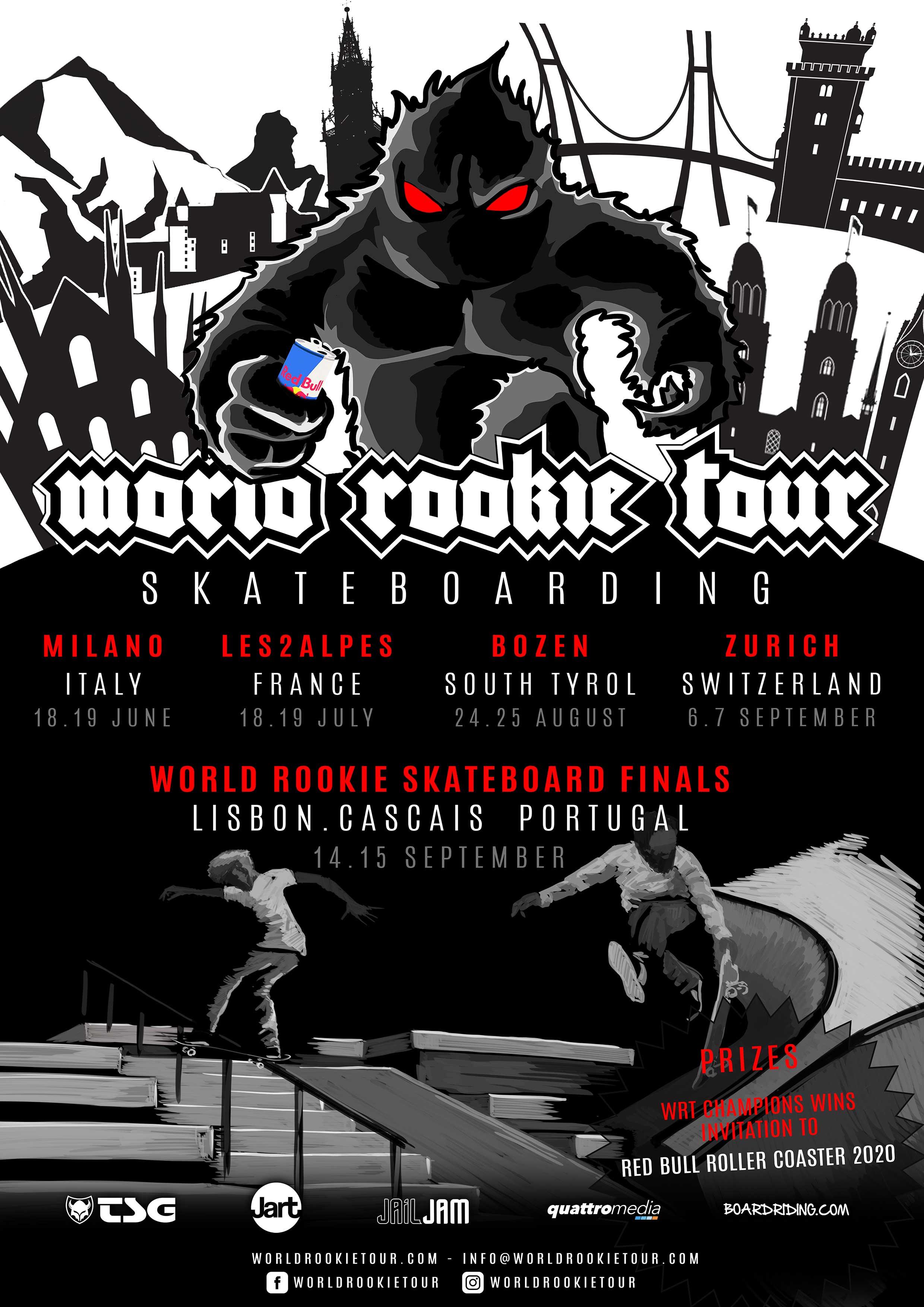 Marco Sampaoli is co-founder of World Rookie Tour and is looking forward to the new tour:

“World Rookie Tour is dedicated to providing the young action sport riders with the best possible opportunities to progress their competitive experience and their career. Through the last 14 years Black Yeti discovered the strongest snowboarders in the world. Among them X-Games medalists and many Olympic riders. And the best freeskiers during the recent first edition of the World Rookie Freeski Finals in Seiser Alm, Italy. Now the time has come for the World Rookie Tour Skateboard.”

We love the World Rookie Tour because it offers young talents an excellent starting platform and drives the sport forward. Be it on the snowboard, on skies or a skateboard.

Read more about our collaboration here