The Swatch Rocket Air brings top mountain bikers from all over the World to a little swiss town called Thun. This year this iconic event celebrated it’s 10th anniversary. As usual it didn’t disappoint and went off with lots of style and craziness.

What a party! The 10th edition of the Swatch Rocket Air was definitely a blast. The birthday themed course featuring a swing set, remote control car, cake and giant confetti bomb offered the audience an amazing colorful backdrop for the rider’s full gas runs.

This Swiss event organised by The Flying Metal Crew is a must-go event for some of our team riders. Previous winners include TSG’s Sam Pilgrim and Matt Jones. 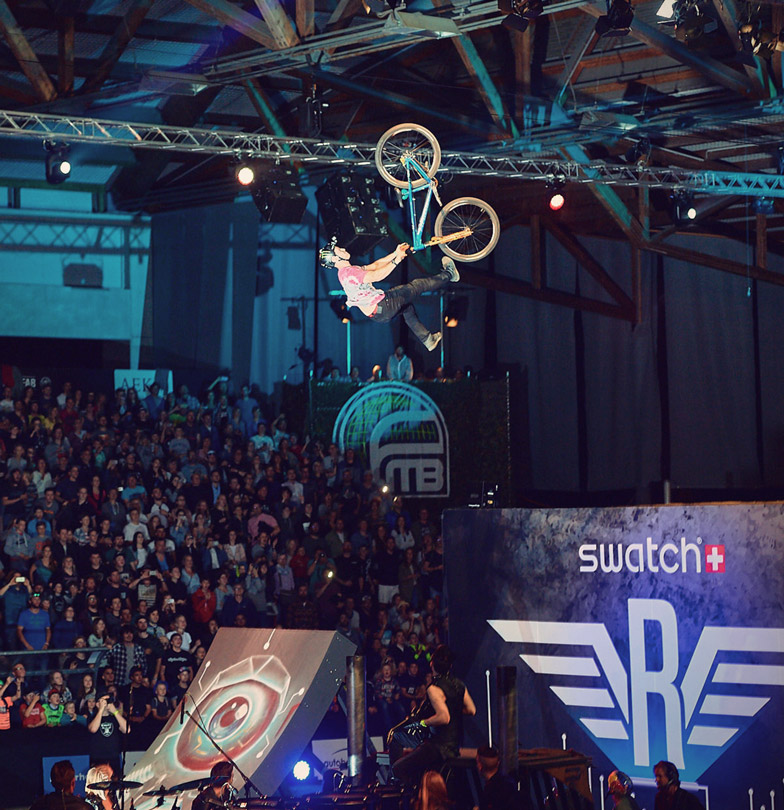 Matt Jones and Sam Pilgrim at the 2018 Rocket Air. Matt captured by Simon Nieborak and Sam by André Maurer 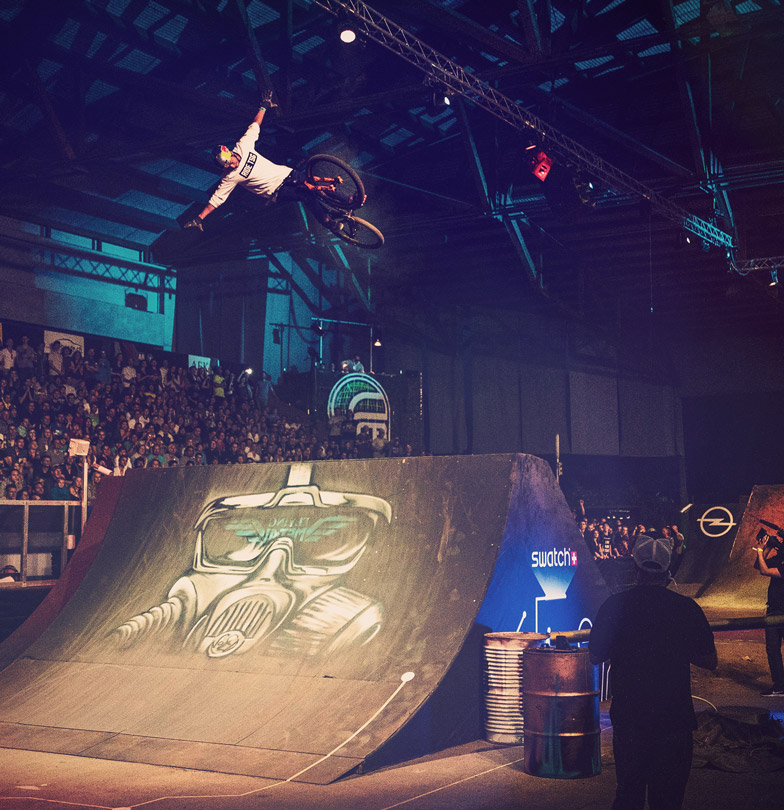 The vibe in the hall is unique

Swiss local Lucas Huppert loves the event: “The Swatch Rocket Air is by far my favourite contest of the season! The 10th birthday edition definitely proved this again. The vibe in the hall is unique.  It feels like the hall is vibrating when the spectators applaud. I placed 8th this year and I can actually be satisfied with the result as the level was really high. I can’t wait to be back in the Ice rink next year!”

Biroma team boss and photographer Dominik Bosshard was on location and here is his photo selection from Rocket Air 2019. 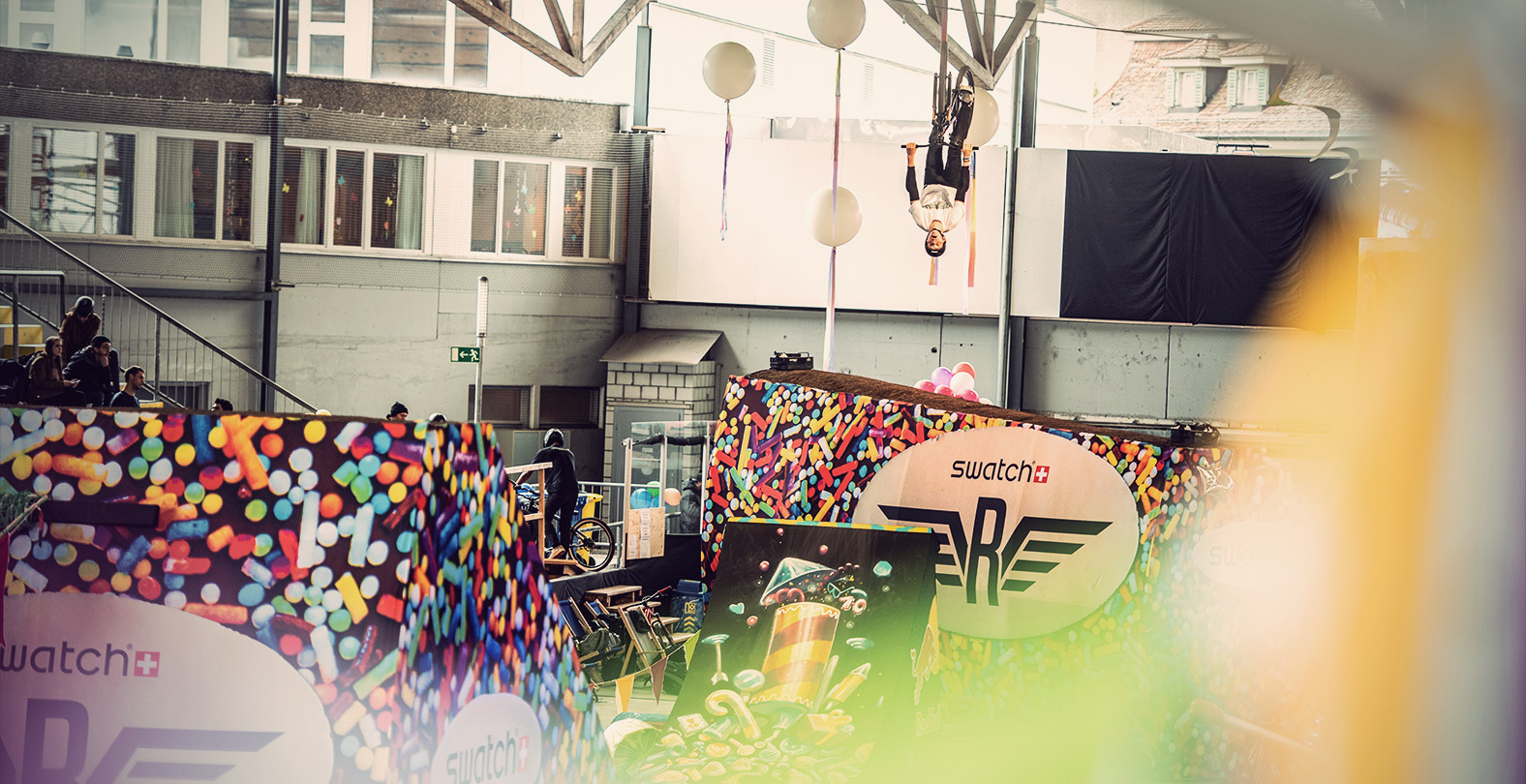 Lukas Weilemann of the Swiss Biroma Team warming up with a backflip. 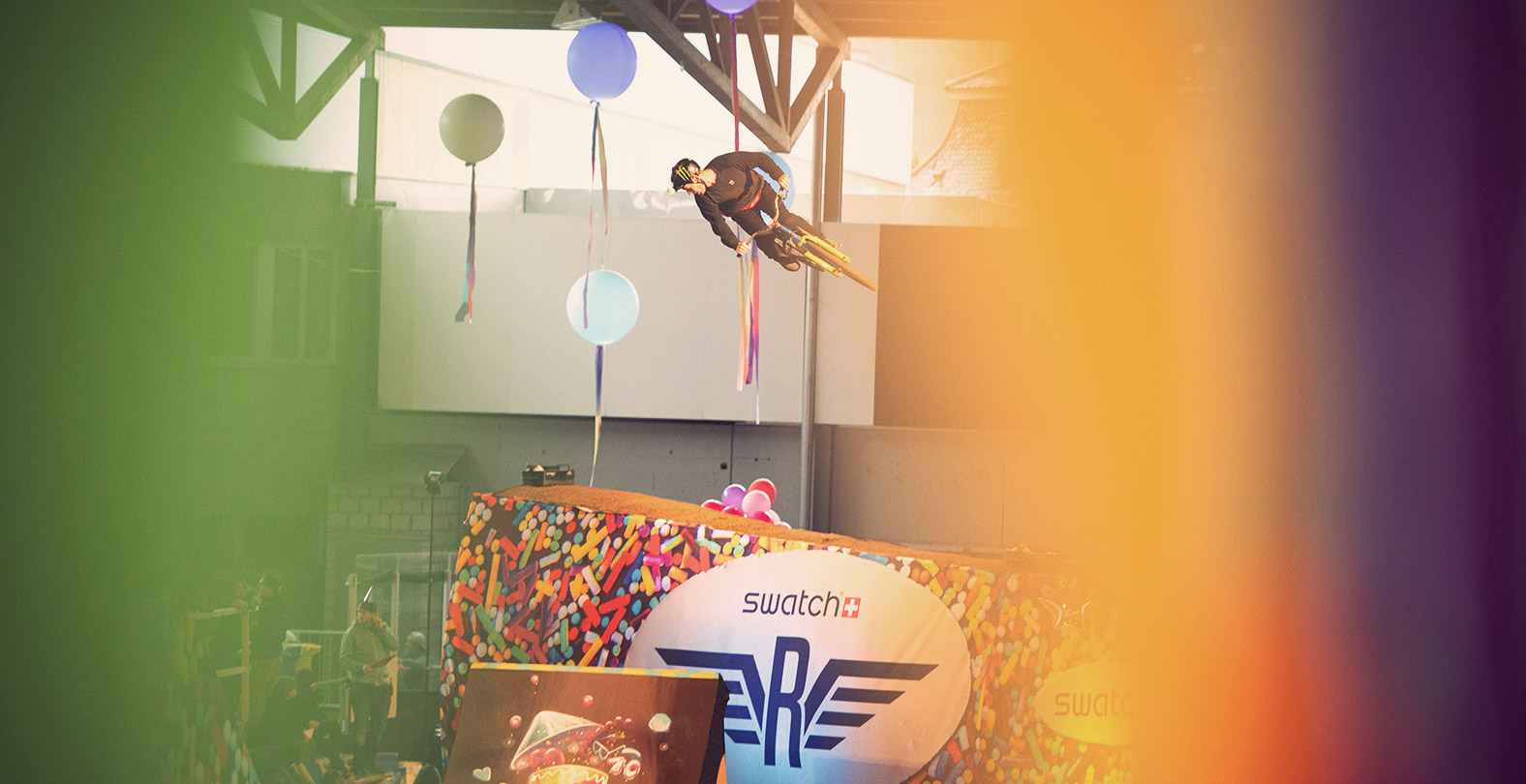 Sam Pilgrim captured in training styles a 360 over the hip jump.

Biroma Team member Chris Visscher lets everyone know he is ok after a crash during training.

The Flying Swiss Chris Räber with a backflip over the Bonerlog. 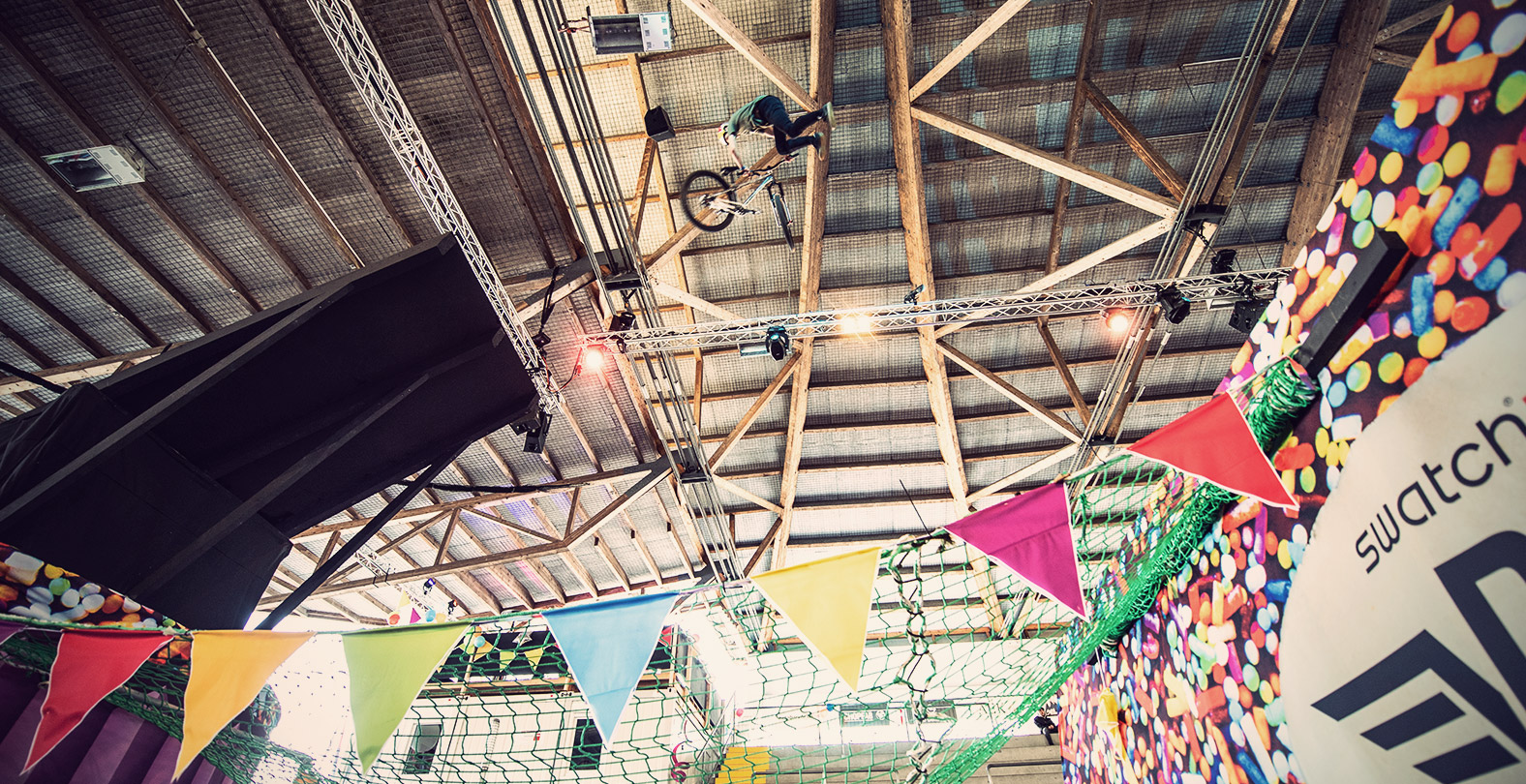 Erik Fedko impresses with a 540 quader to bank

The Team Battle on friday night is sick

“The Rocket Air is always a super fun event and quite unique. The course is very diverse and has everything from bigger jumps to playful skatepark obstacles. I love the Team Battle on friday night. It makes the whole thing special and heats up the atmosphere. I’m already looking forward to next year!”, states Lukas Schäfer. 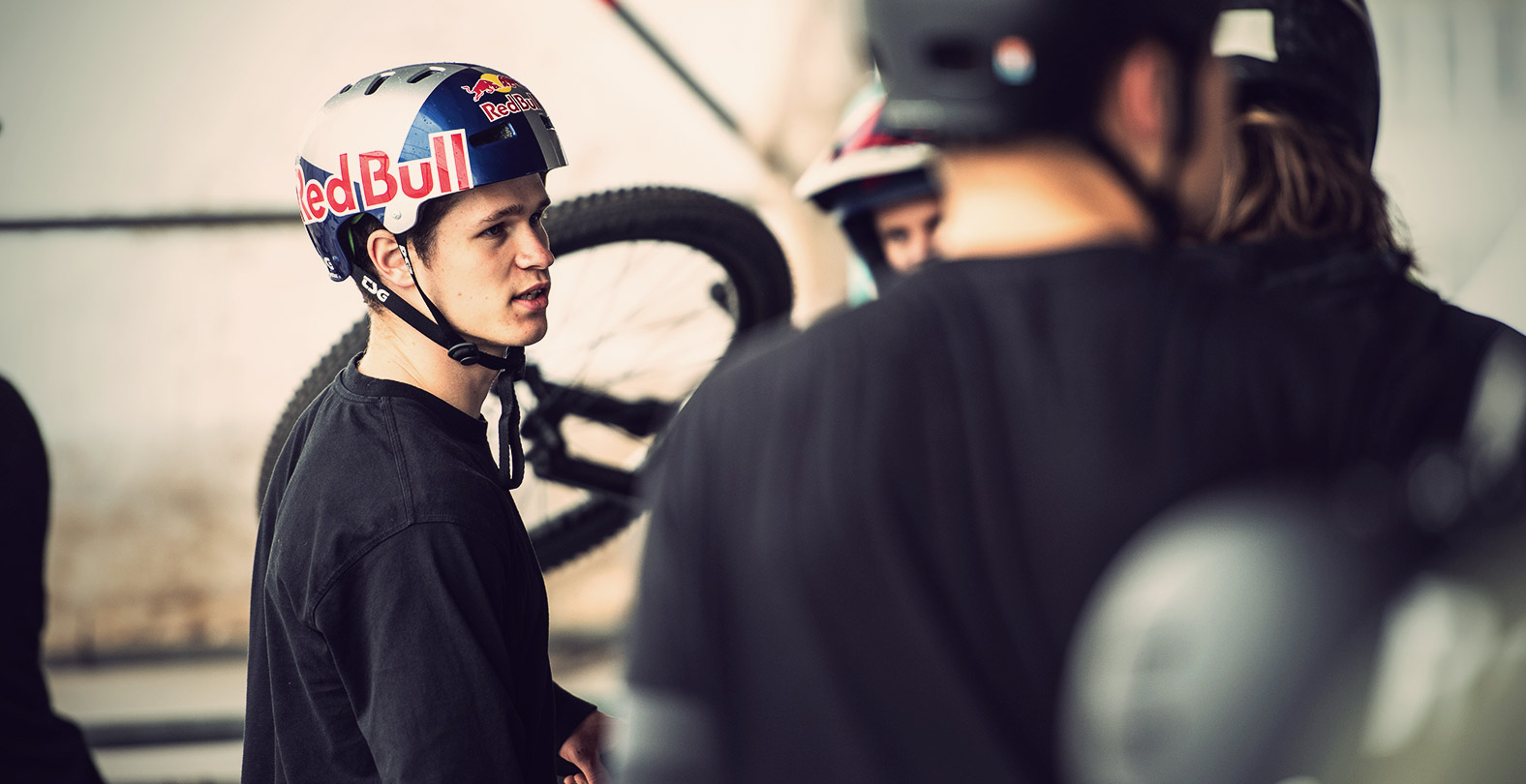 Erik Fedko getting ready to wow the crowds with tech trickery. 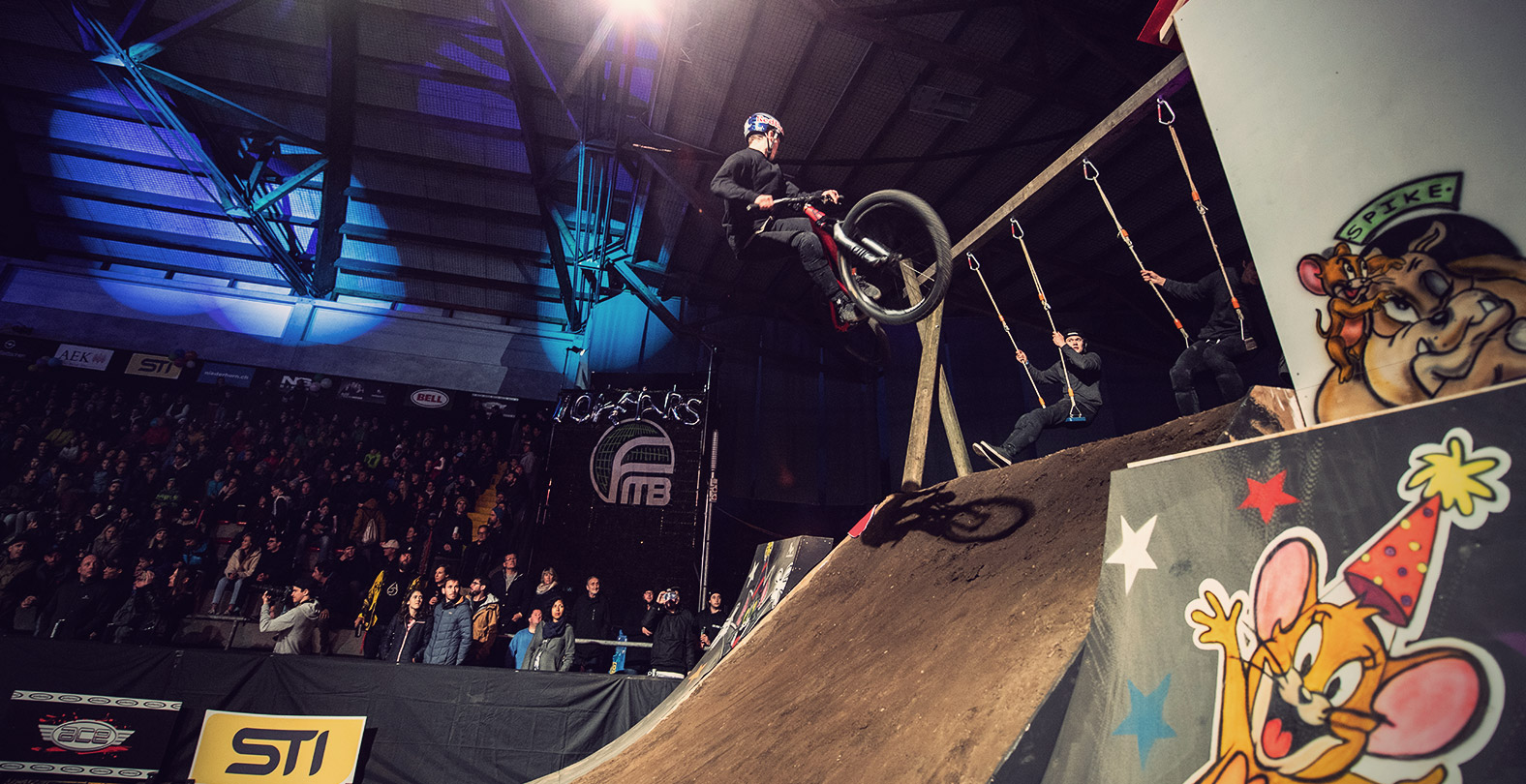 and tries to join the boys on the swing. 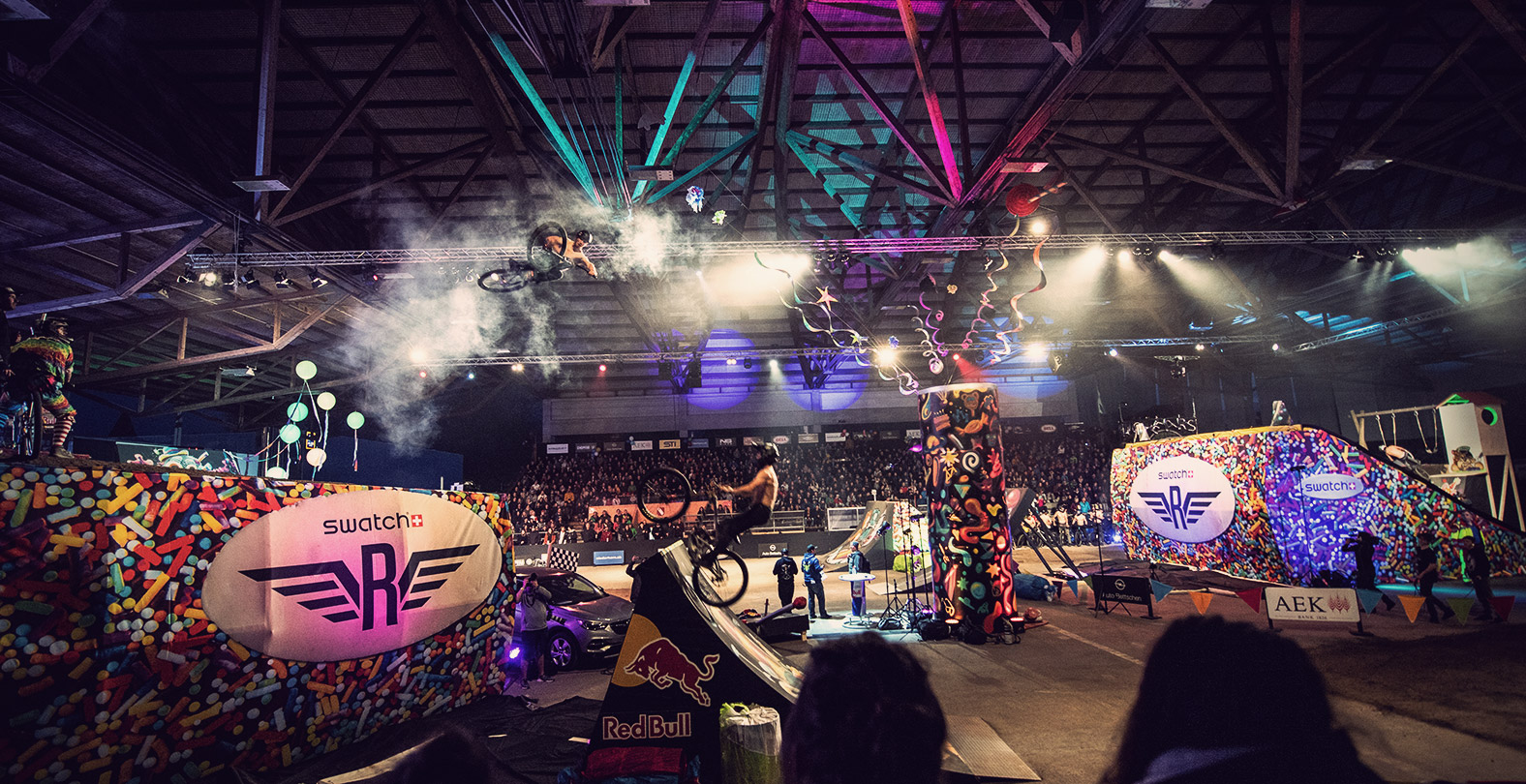 Chris Räber getting hot in the Team Battle with a 360 over the hip jump.

Another 360 from Chris Visscher over the tabletop. 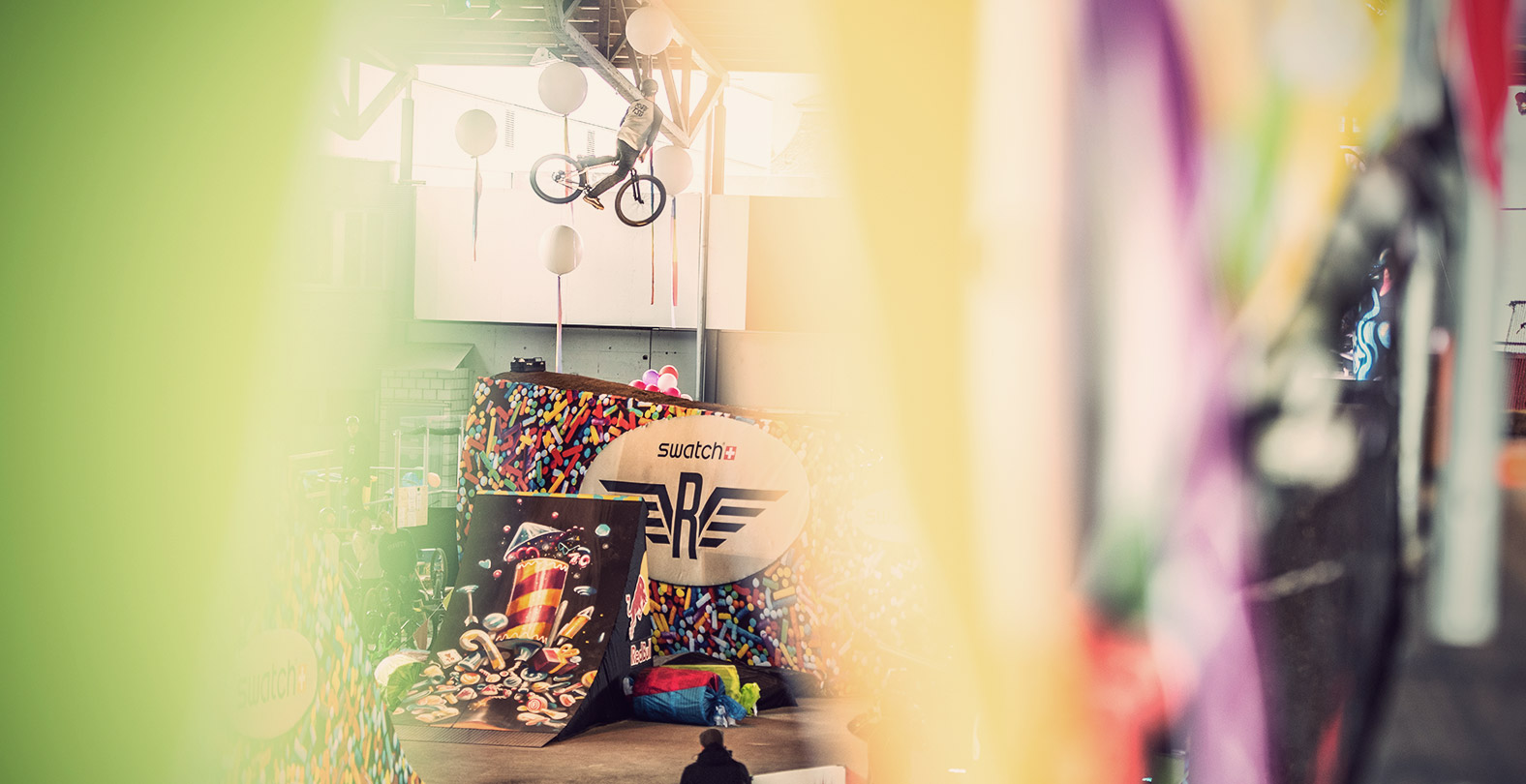 Jan Hagemann captured during pre-qualification with a sweet 720. 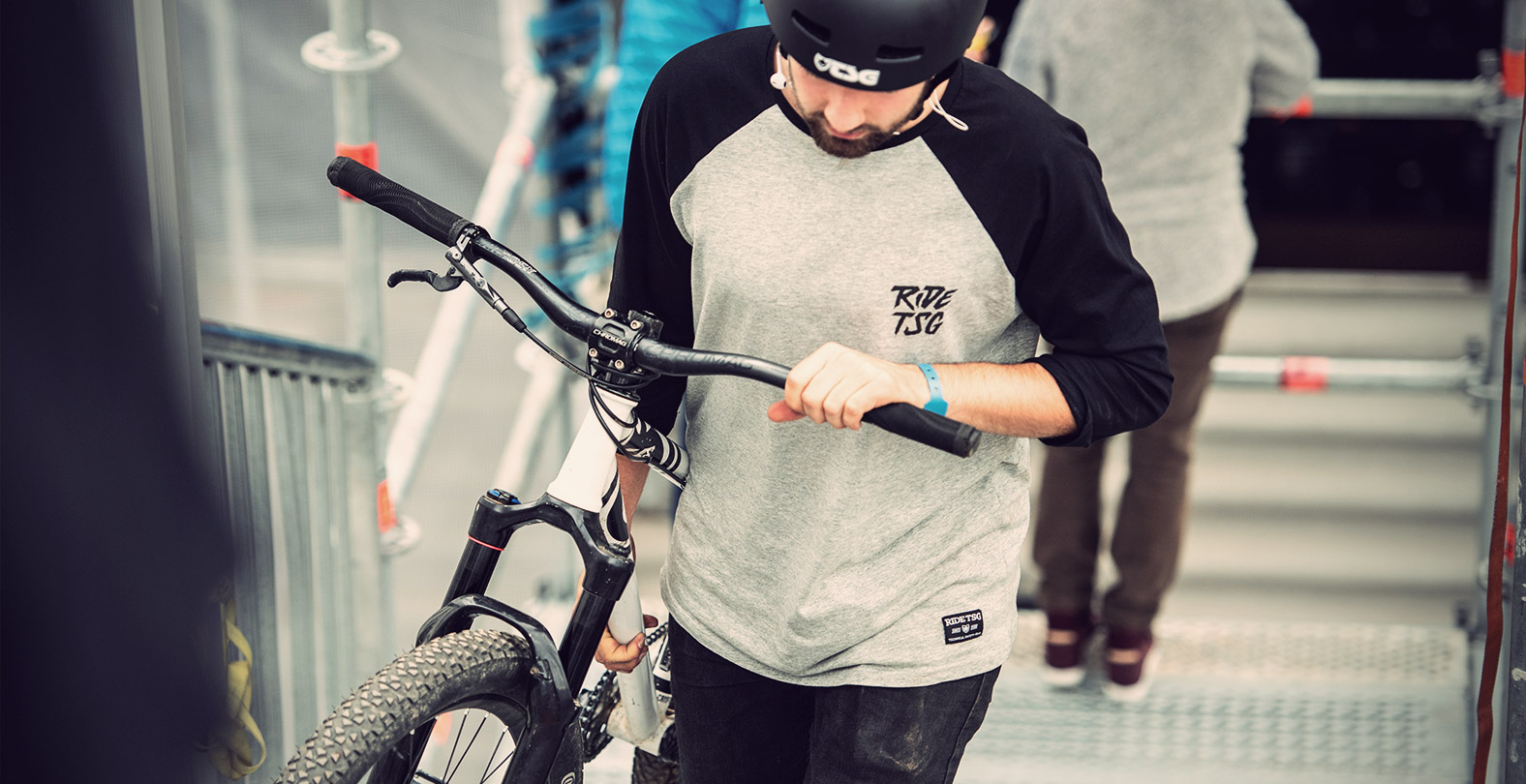 Jan focussed and planning his run in his head. 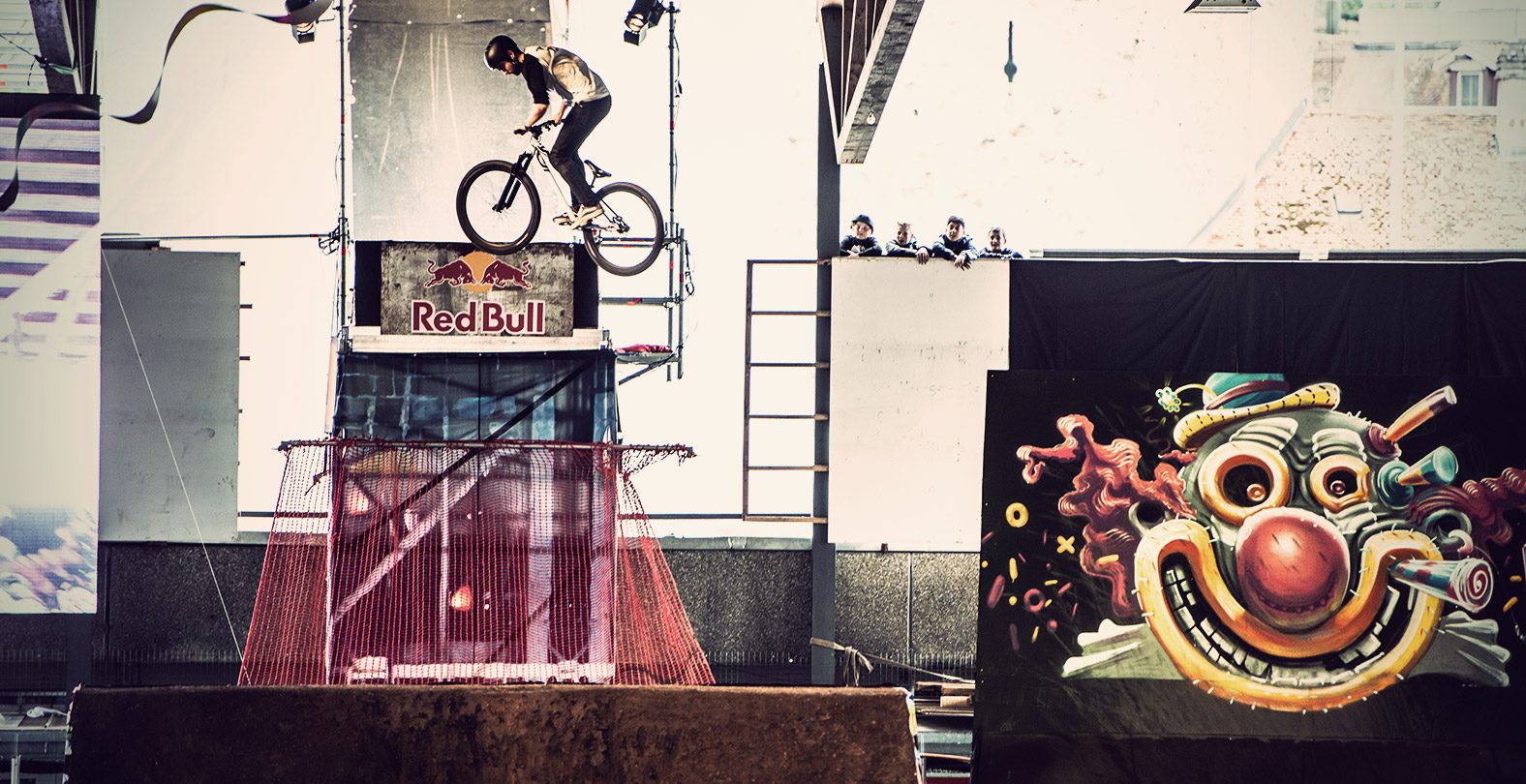 360 on the step down by Jan Hagemann.

VI. Time for the Finals 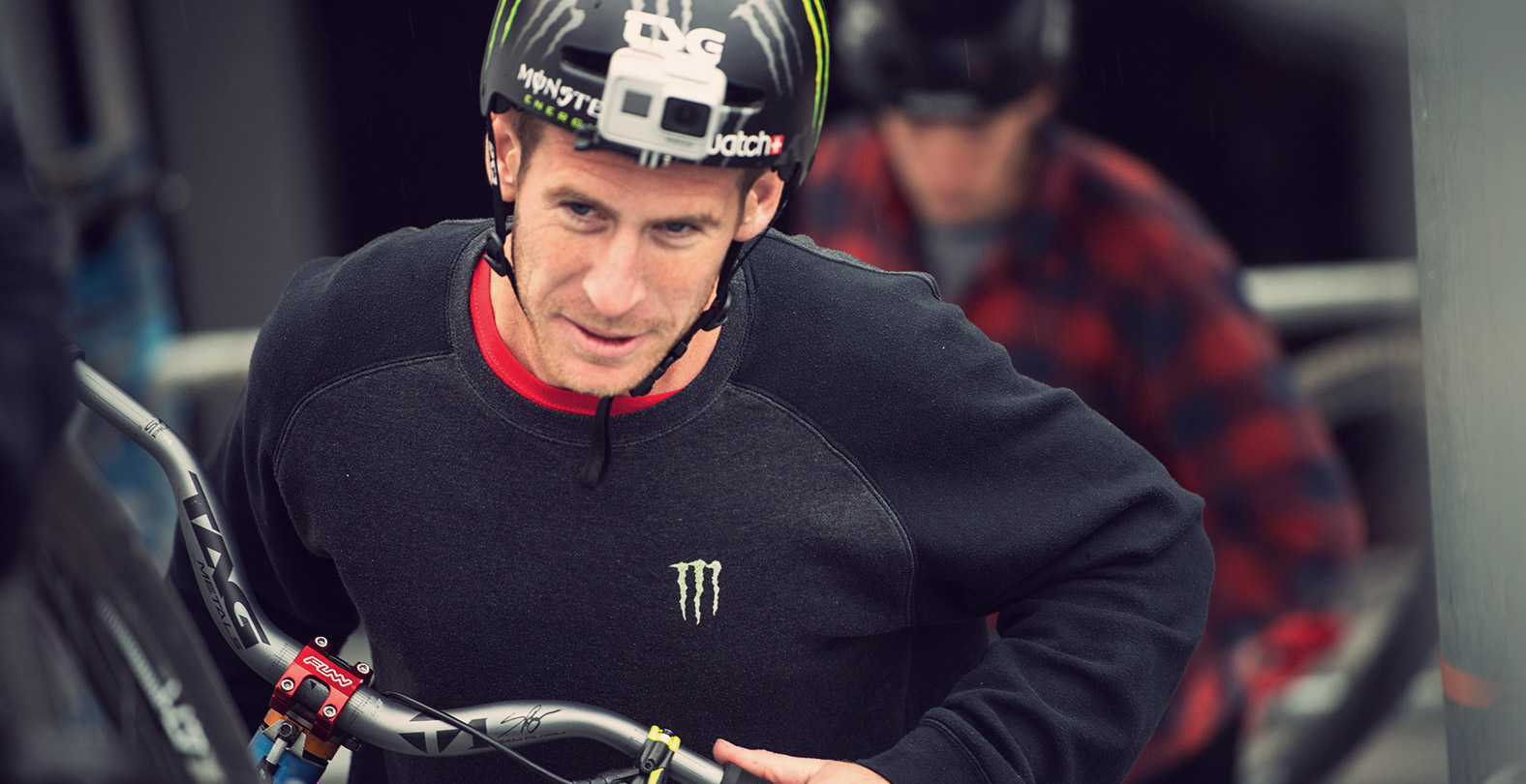 Sam Pilgrim, game face on and ready for the finals. 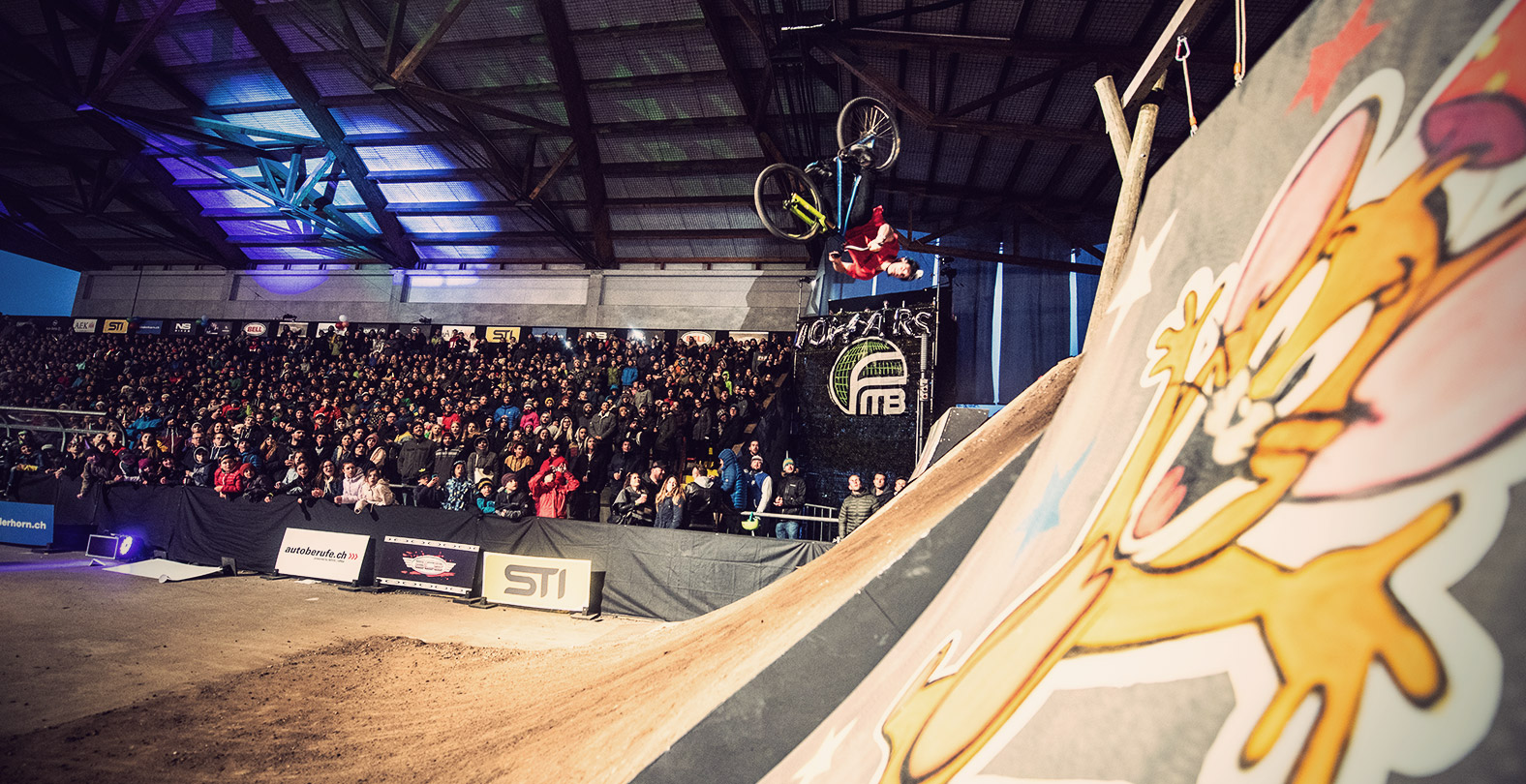 Sam gets a lot of amplitude with this flair. 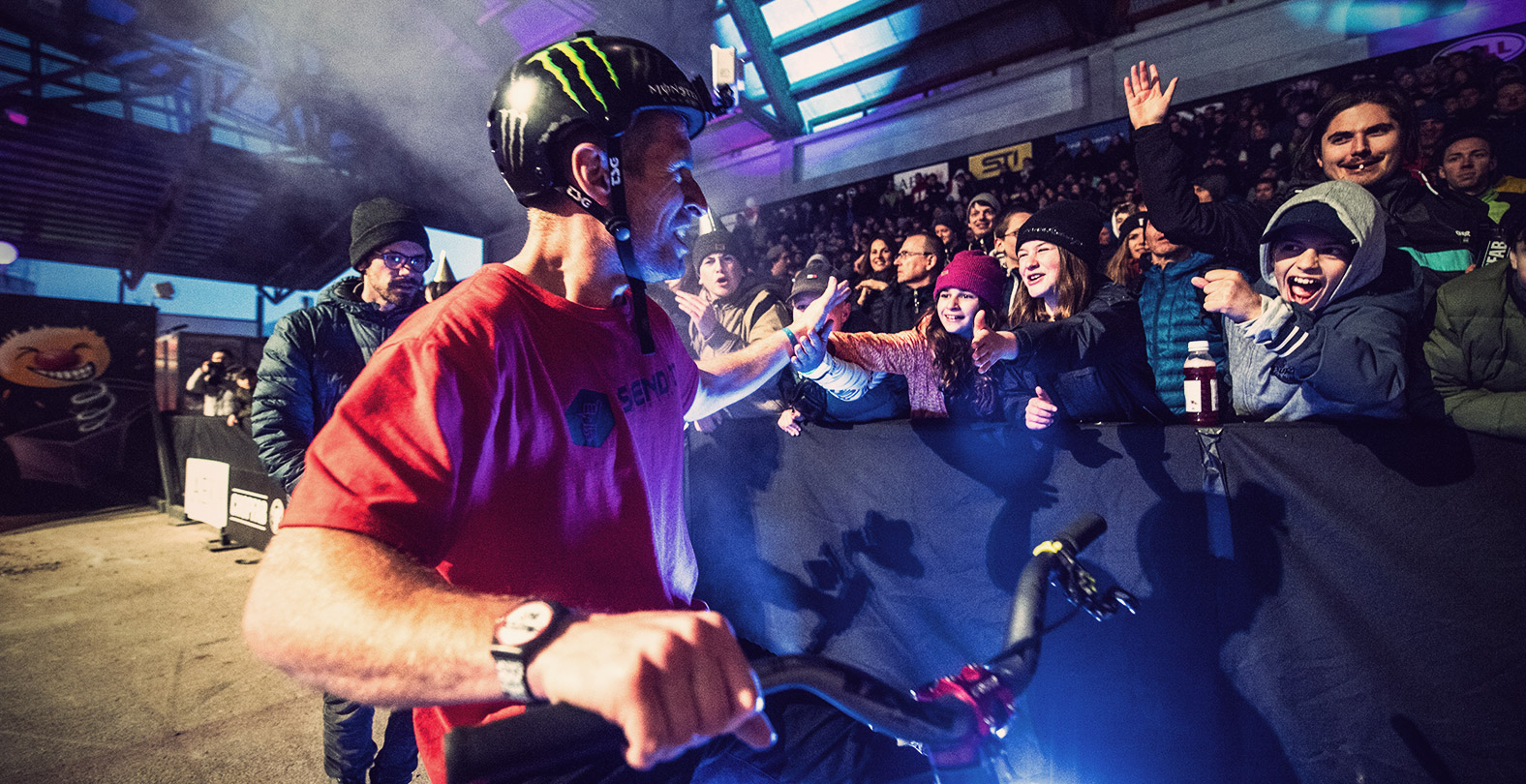 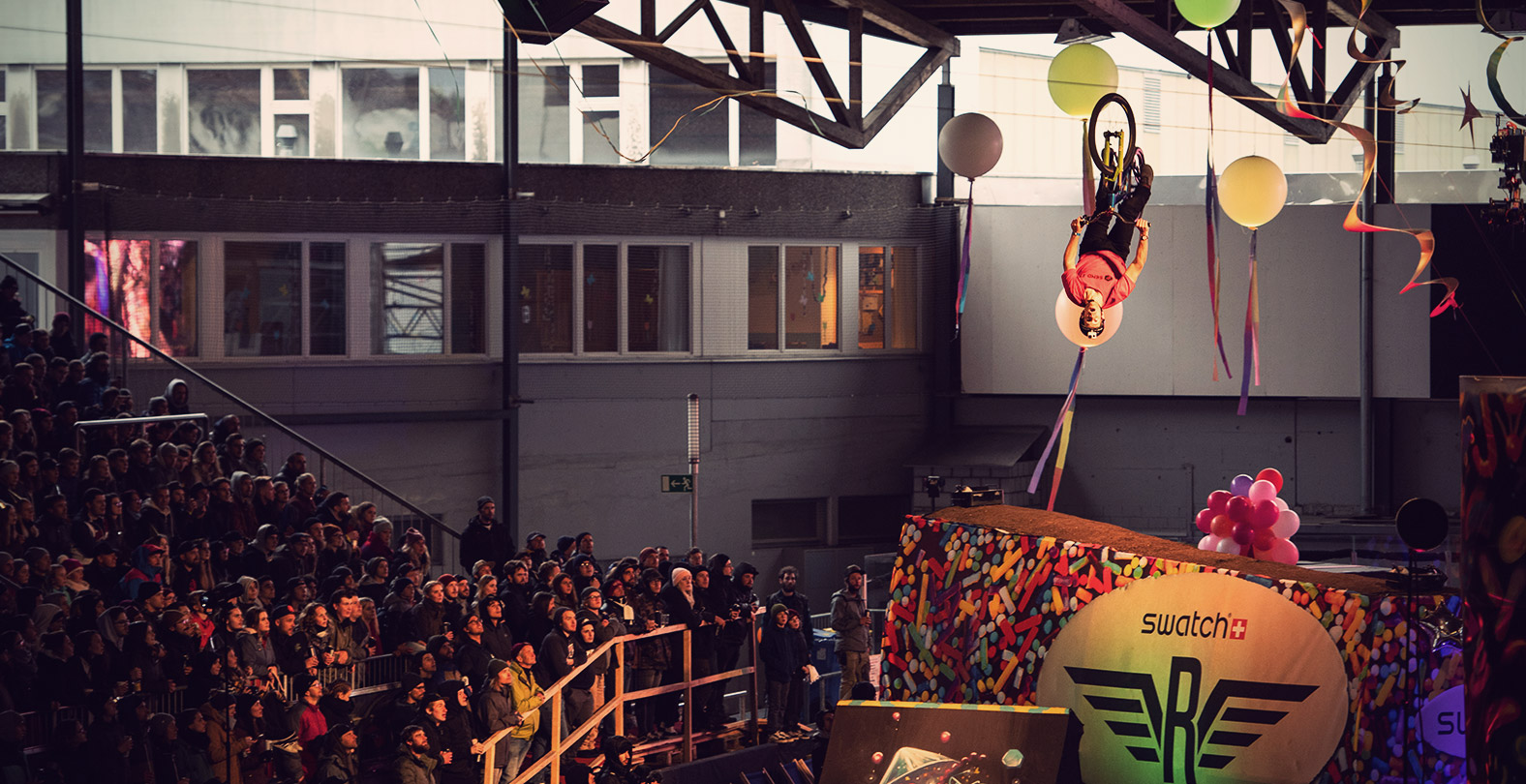 And he loves the fans! Backflipping over the hip jump for the crowd! 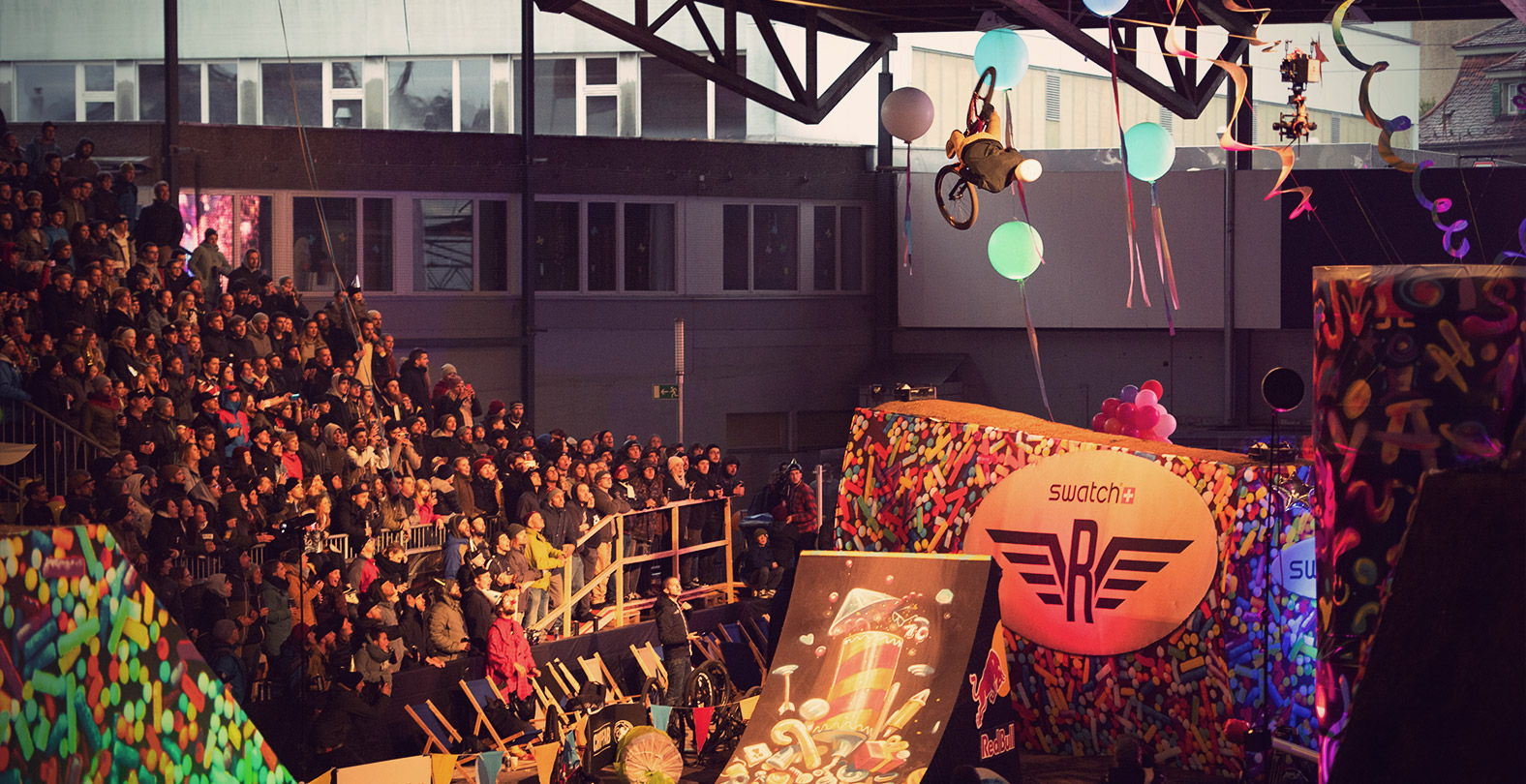 Then goes for one more. 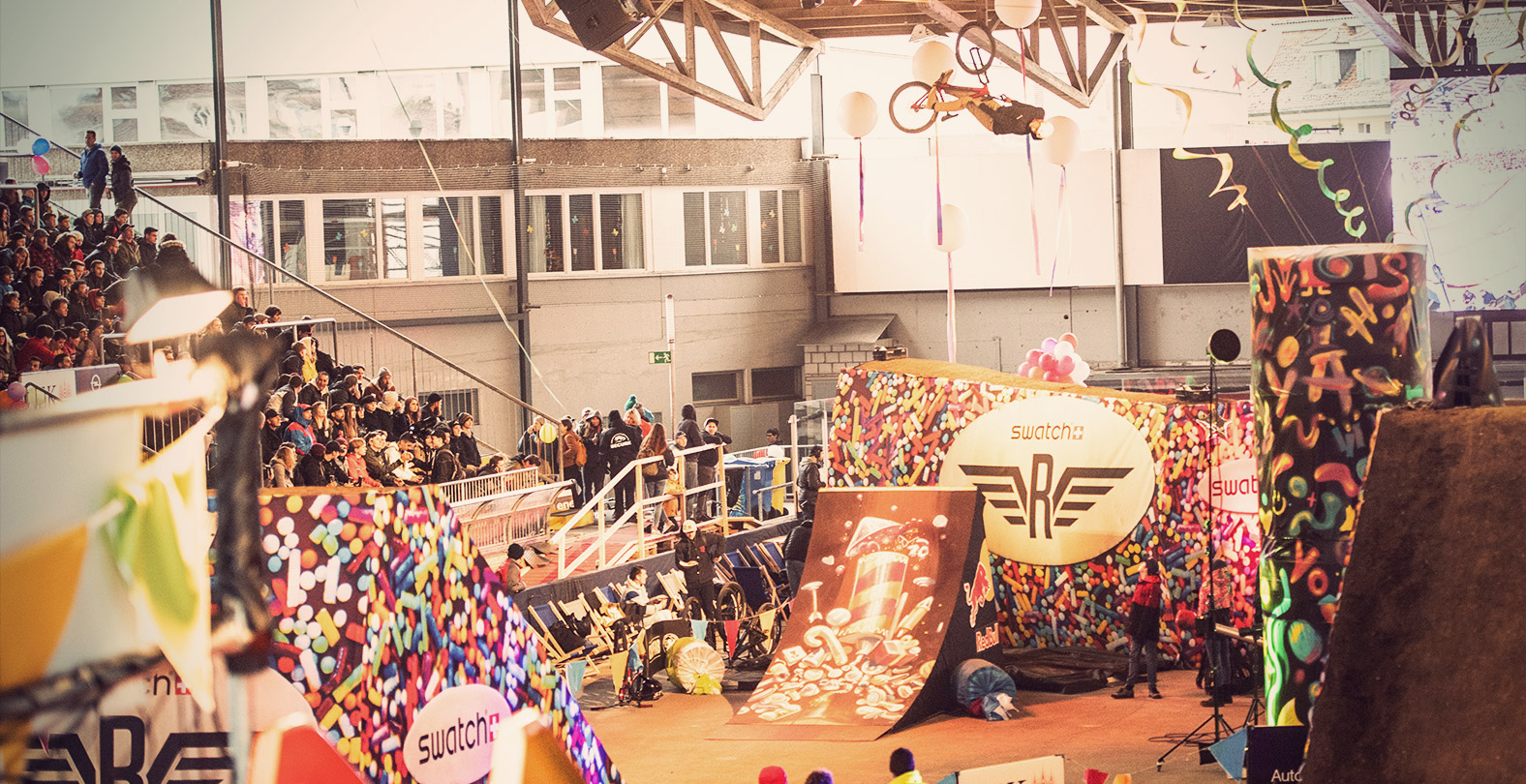 How high? Lucas Huppert reaching the roof of the ice rink in Thun. 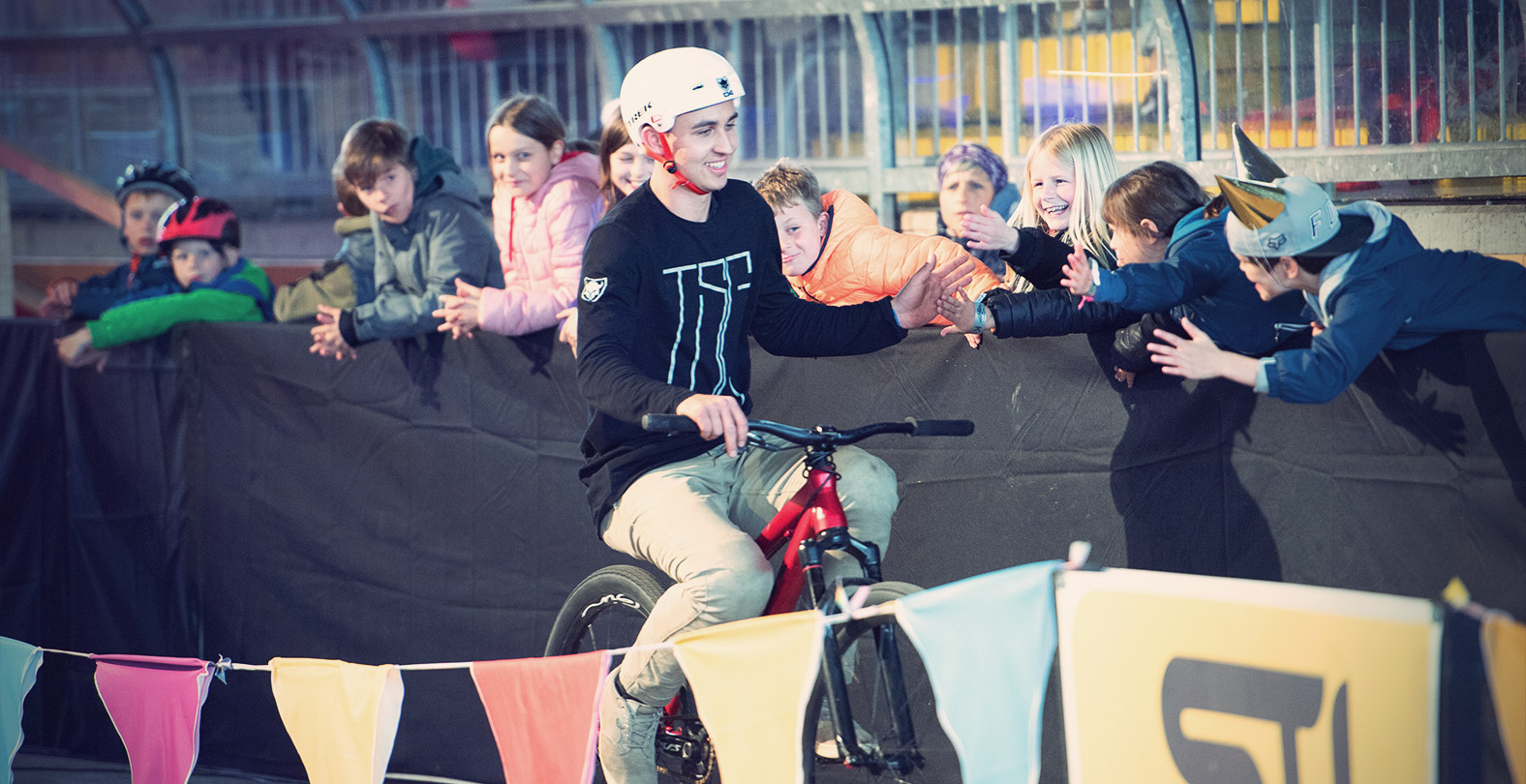 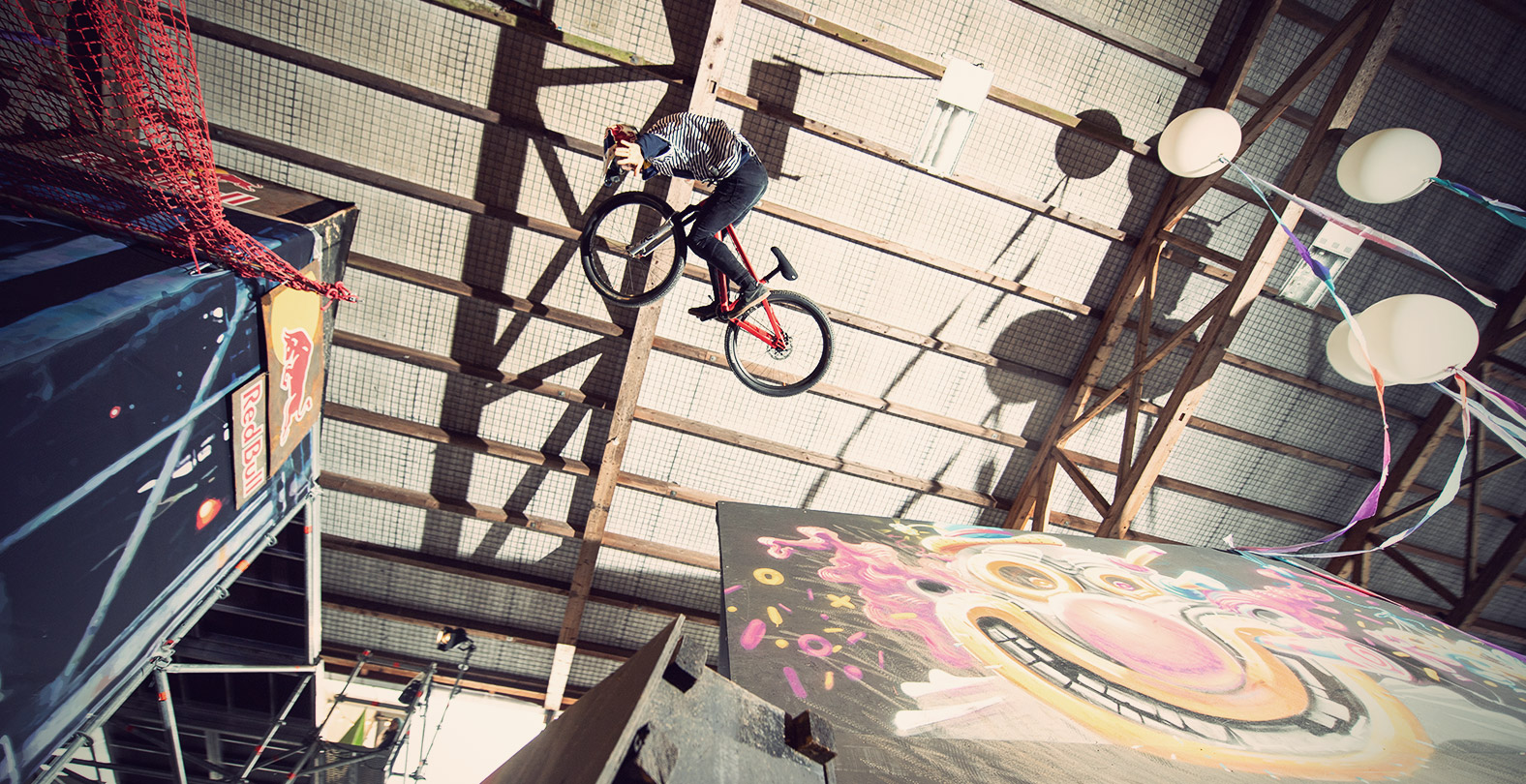 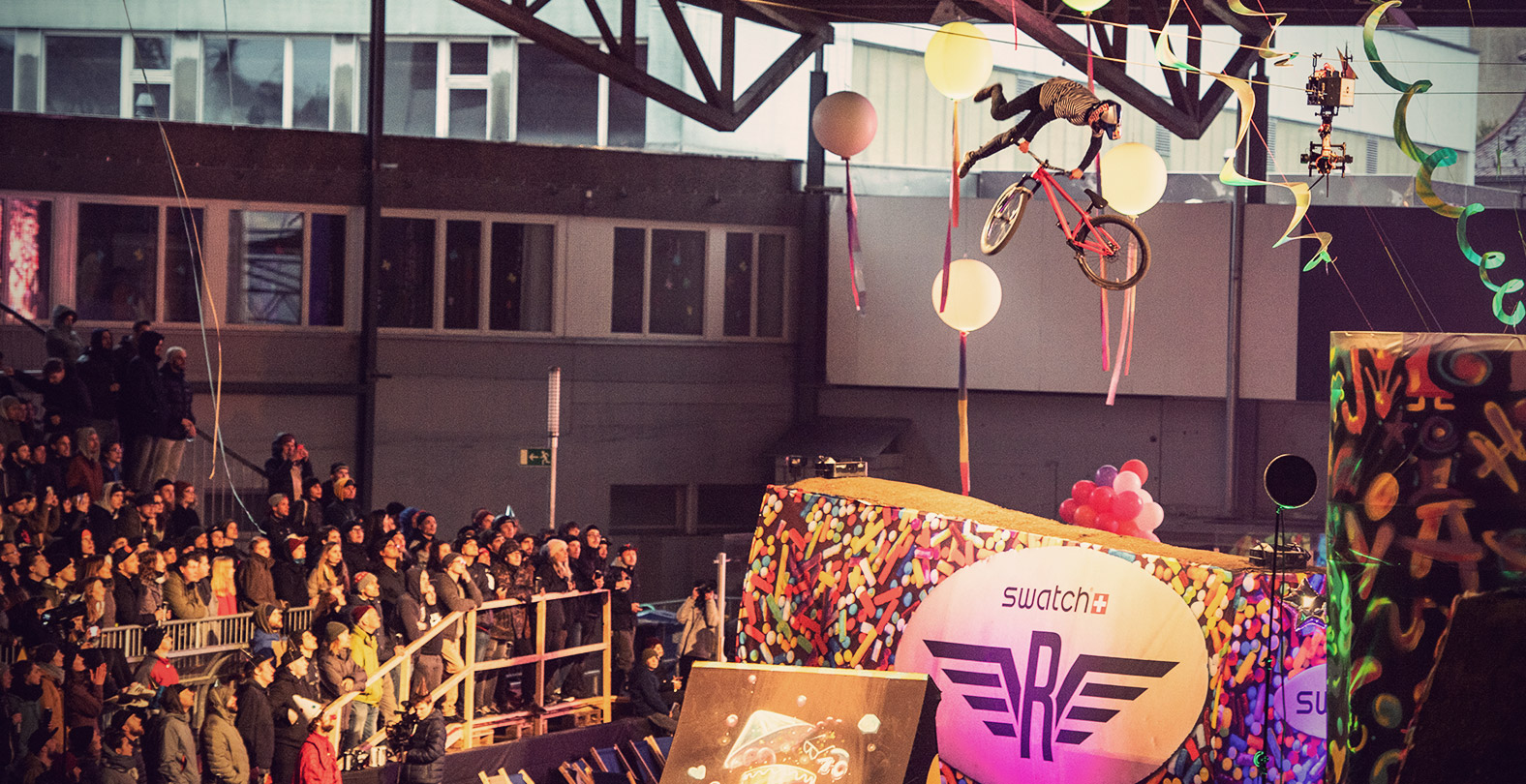 Then pulls a massive three whip from his bag of tricks.

This was the Swatch Rocket Air 2019. Watch the video recap

Wonder what products our riders use to protect themselves and look good at events like the Swatch Rocket Air? Here is a selection: